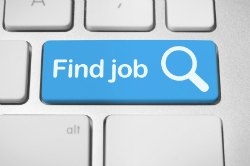 Facebook launched a new job search app last week, but reviewers so far have given it a "dislike." Called the Social Jobs Partnership, it currently features about 1.7 million jobs available through BranchOut, JobVite, Monster, US.jobs and Work4Labs, reported CBS MoneyWatch. The app is a collaboration between Facebook, the U.S. Department of Labor, the National Association of Colleges and Employers, and others and brings expanded functionality to a site typically used for social networking.

"We know that the power of social media -- the connections between friends, family and community -- can have an outsized impact on finding jobs," Facebook said in a statement quoted by The Wall Street Journal.

The launch is primarily viewed as a step by Facebook to expand into a market dominated by job aggregators such as LinkedIn and Indeed.com. Forbes noted that like LinkedIn, Facebook has the opportunity to create revenue by selling recruitment advertising. In fact, news of the Facebook app launch caused LinkedIn's stock to drop slightly last Wednesday, but it rebounded soon thereafter.

Like many job search engines, the Facebook Social Jobs app allows users to search for jobs by keyword, job category, subcategory and location. Clicking on a particular job in the app brings up the details on the Facebook page of the service through which it's listed. There, users can learn more about the role and apply if interested.

Forbes reported that the new app is not considered a threat to either LinkedIn or Indeed.com at this point. LinkedIn has a cadre of 3,000 employees working to offer high value site features for professionals and employers. At the same time, Indeed.com is known for providing some of the top aggregated job searches in the country.

It may not help that users ran into numerous of problems upon the Facebook app launch last week. Forbes contributor Josh Bersin noted that when doing a job search for "sales" within 10 miles of his California home a posting from Miami appeared in the results. CBS MoneyWatch reporter Dave Johnson described a similar experience.

"I did run into some disappointing funkiness, unfortunately," Johnson wrote. "Even when I specified a location -- such as within 5 miles of Santa Monica -- it still sometimes showed me jobs from around the country."

Some app users reported receiving errors and others said their searches were slow. Despite these initial problems, Forbes noted the app still presents a "huge opportunity" for Facebook, provided its features are improved and its data better integrated.

"I understand this is a first roll out, but I'm surprised at how bad it is coming from a company like Facebook," The Wall Street Journal quoted app user Mark Chapman as saying. "It's buggy and kind of janky looking,"