UTPB To Offer Bachelor Degrees For $10,000 This Fall 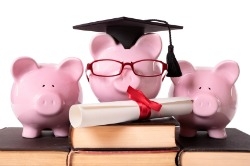 A Texas college has met the state governor's request for providing affordable education to students and plans to begin offering several $10,000 four-year undergraduate degrees in the fall.

Governor Rick Perry issued the challenge to create a $10,000 four-year degree to institutions as part of his 2011 State of the State address. While several colleges have since come up with unique formulations for such plans, the University of Texas of the Permian Basin looks to be the closest.

"I am very pleased the University of Texas of the Permian Basin has worked diligently to develop a high quality undergraduate degree program in critical fields that will cost students no more than $10,000," Regents' Chairman Gene Powell said in a University of Texas System press release. "...I am very proud, as is this Board, to see an outstanding UT System institution be the first in Texas to offer a $10,000 degree on one campus."

Starting in the fall, the school will offer $10,000 bachelor's of science degrees in chemistry, computer science, information systems, mathematics and geology, reports U.S. News & World Report. Currently, a limited amount of state residents planning to attend school full-time can apply. Admission to the reduced-cost program is described as "rigorous."

Students who are accepted into the program will have their tuition and fees capped at $2,500 per year, giving them substantial savings compared with the $6,300 tuition and fees that most students pay annually, The Texas Tribune reports. However, that total does not include the cost of books, which was something that Perry looked to include in the $10,000 when he initially issued the challenge.

Students accepted into the program will need to keep a 3.0 GPA and commit to completing 30 credit hours per year so that they can graduate in four years. These students would be accepted into the school as part of the Texas Science Scholars program, according to the Midland Reporter-Telegram, and would essentially receive university scholarships to offset the tuition and fee differences above $2,500. It is estimated that the overall tuition and fees savings for these students would come to around $15,808 for all four years.

However, these students would face other costs, as the Texas Science Scholars program requires students to live on campus, according to the Midland Reporter-Telegram. These costs range between $4,000 to $7,000 annually. Also, freshmen are required to buy a meal plan, which currently ranges from $600 to more than $1,400 per semester. However, it is indicated that some housing exemptions are available for non-traditional students with families or those living in the area with parents.

In the meantime, the Texas governor has reached out to extend his congratulations.

"I encourage all our institutions of higher education to continue their efforts to create more degrees costing no more than $10,000, books included," Perry said, in The Texas Tribune.