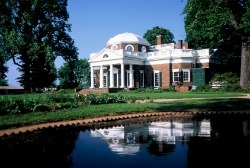 Four years ago, officials at the University of Virginia, Harvard University and Princeton University spearheaded an effort to eliminate early-decision programs, which they believed unfairly favored wealthy students and limited the diversity of their entering undergraduate classes.

Prospective students, professors and university officials again are witnessing a radical shift in college admissions policy, as UVA officials announced on November 16 that high school seniors may apply early in 2012, The Washington Post reported. Harvard officials stated they are fulfilling their promise to reconsider early admission after a four-year hiatus. Princeton officials, however, said they are not.

Greg Roberts, dean of admissions at UVA, said this reversal is a direct response to the striking demand officials were receiving for early deadlines from high school students. Without the option of applying early, these prospective students oftentimes opted to apply early to other universities and choose not to apply during the regular pool, Roberts said.

"We have been hearing from guidance counselors and parents about their desire to have an early program again," Roberts told Inside Higher Ed. "From an institutional self-interest perspective, we may see some students we are not seeing now."

Despite their decision to restore an early program, UVA officials maintained that removing the program was still a huge success, lauding the academic quality and socioeconomic diversity of admitted students in that four-year period. Officials said their decision to reinstate early deadlines is motivated by other factors--such as attracting the most talented and dedicated students--without sacrificing the diversity of incoming classes. They believe the implementation of an early-action program, which is nonbinding, will be more effective than the binding early-decision program UVA offered in the past.

According to The New York Times, Roberts said he examined nonbinding early-admissions programs at the University of North Carolina, University of Michigan and Georgetown University, which often compete with UVA for applicants. He stated these programs attracted an applicant pool "as diverse as the one that came along a few months later," lending credence to the potential success of UVA's planned early action program.

"We love early action, because it's like having your cake and eating it, too," said Cynthia Coogan, professional school counselor at McLean High School in Virginia. "There's no downside to it."

Higher education leaders expected a shift in admissions policy when these three top universities announced their departure from early programs in 2006. Early-decision programs require that students make the commitment to enroll at one school whereas early-action is optional. Some admissions officials believe early-decision is a disadvantage to poorer students who are unable to compare financial aid offers to those of other schools.

Most debate, however, has focused on early decision, which is offered at about 18 percent of colleges across the nation and is even more common at selective schools, according to data from the National Association for College Admission Counseling. Institutions generally like early deadlines because it gives admissions officers more time to evaluate applications and creates a pool of applicants who are expressly committed to attending the school.

"The Move Back to Early Admissions," insidehighered.com, November 17, 2010, Scott Jaschik