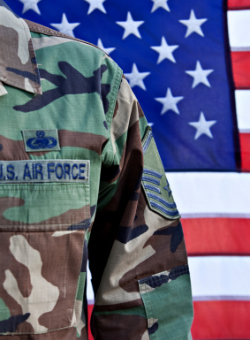 Despite efforts by President Obama to aggressively hire more veterans in the federal government, a disturbing number of veterans still remain unemployed, reported The Washington Post.

"The reality is, as we continue to reduce our troop end strength, more veterans will be looking for civilian employment while job growth has not accelerated as much as hoped," he said.

While the slow economic recovery is indeed a problem, The Huffington Post noted that returning veterans face another hurdle--figuring out how the skills they gained in the service translate to civilian world. This is also a challenge for employers as they often don't understand how veteran skills fit into their business.

Eric Smith, 26, who worked as a physician's assistant in the intensive care unit (ICU) while in Iraq, felt confident that his expertise in the ICU and on the front lines would help him land a job when he returned home. He was shocked to discover that he couldn't get a job in medicine without the right certifications.

"They beat it into your head, that you're a veteran, [employers] want you, they know about your dependability and your training, blah blah blah," said Smith to The Huffington Post. "That proved not to be the case. I got out in August 2008, and in September 2008 there was a big economic downturn and that changed everything."

Advocates for veterans' rights say the unemployment situation is unacceptable.

"We're asking our young men and women to go serve in combat and make major sacrifices--not just going into danger for their country, but the sacrifice of time from their lives," said Tim Embree, a legislative associate at Iraq and Afghanistan Veterans of America who served two combat tours in Iraq. "It's a moral imperative to actually support them when they get home."

Many argue that there needs to be more federal programs to help vets transition into civilian life, particularly civilian jobs.

"We need to ensure the skills they've learned in the field transfer into the certifications they need to perform those same duties at home... We cannot continue down a path that has our veterans going from fighting to keep us safe to fighting just to get an interview," said Sen. Patty Murray, chairman of the Senate Veterans' Affairs Committee, in an email.

"Out of War, Out of Luck: For Veterans, Skills Learned In Service Don't Translate To Employment," huffingtonpost.com, April 13, 2011, Lila Shapiro and Laura Bassett