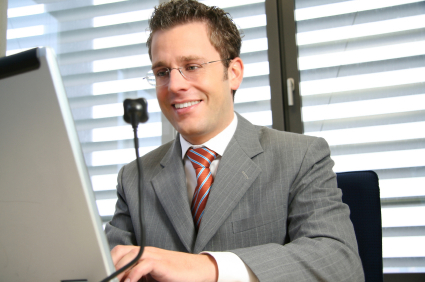 Video resumes are gaining popularity among job candidates and students seeking admission to colleges and universities. Yet experts caution that multimedia can have drawbacks.

The San Jose Mercury News reports that the admissions office at Pitzer College in California, for example, has been receiving video resumes.

"One of the reasons we think this is a good idea for us is we are a bit of niche school," explained Angel Perez, the college's director of admissions, to the Mercury News. "We want to make sure we are admitting the right students, and fit is really important to us. One of the things the videos have done is allow us to put a face to the name and a personality to the application."

Many employers have also embraced the use of video resumes, and note that seeing how a job applicant communicates provides a better sense of one's personality. This can be particularly important in sales jobs or positions that require public speaking and relating well to others.

Joseph Hei, the president and co-founder of New Jersey-based Orbit Baby, which manufactures strollers, car seats and toddler accessories, recently requested video resumes from job seekers applying for a position as a sales associate. "There are two broader objectives here," he explained to the Mercury News, "First, are you comfortable enough with media and technology to be able to meet these requirements; and. . .can you upload a five-minute video? . . . We want to see if people are relatively comfortable with the way things work these days."

The Wall Street Journal notes that according to a survey conducted by Robert Half International in 2008, only 24 percent of senior executives from 1,000 of the country's largest companies said that they accept video resumes. Yet the growth of video resume Web sites seems to indicate that using multimedia to apply to jobs and schools may be catching on.

"This is for people who need to sell their personality in their job," said Katherine Yoder, business manager and video resume site Brite Tab.com Inc., who was quoted by the Journal. Other video resume sites include OptimalResume.com, InterviewStudio.com and ResumeBook.tv.

But some career experts caution that video resumes can sometimes do more harm than good. The Journal notes that poor-quality sound, lighting and background can all hurt a job applicant. Some say if the position is more about skills than personality, then a paper resume is safer. And others feel that even including a head shot with a paper resume is a mistake.

"Hiring managers are interested in your qualifications, not what you look like," noted Max Messmer in the Pittsburgh Post-Gazette, regarding including a photo on a resume. "Not only is it unprofessional to include a picture, but it also puts hiring managers in an awkward position. It's illegal for employers to discriminate based on a number of factors, including, but not limited to, race, gender and age. . . . If you want to craft a picture-perfect resume, don't include an image."