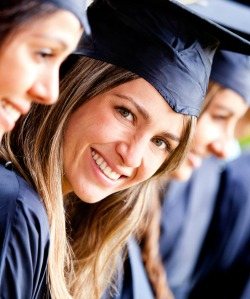 Throughout the history of the United States, women have made substantial achievements in gender equality. Voting, working, and running for political office are just a few of the rights they have gained. However, when it comes to earning equal pay for equal work, women still have some ground to cover.

A recent survey by the American Association of University Women (AAUW) revealed that women who are a year out of college earn 82 cents for every dollar that their male counterparts earn. The reasons for this wage gap? While some may point to gender discrimination, Business Insider offered other potential explanations for the gap in earnings power. For instance, women tend to put in fewer hours of overtime than men and are less likely to negotiate higher salaries. Additionally, men are more likely to choose high-paying careers such as computer science, while women continue to dominate the education and social sciences fields.

As The Washington Post pointed out, however, the wage gap is not solely due to women's career choices. The AAUW controlled for such factors and compared workers who had similar levels of experience and who were unlikely to have a spouse or children. Even then, researchers found an "unexplained" 6.6 percent gap in wages. Interestingly, a considerable wage gap persisted for male and female graduates with the same college major. While male business majors earned an average salary of about $45,000, female business majors earned an average of only $38,000. Furthermore, women in engineering, technology, computer science, and social sciences fields earned between 77 and 88 percent of what their male colleagues earned. Business Insider added that even in fields that typically employ more women, men still earned higher wages. Female teachers, for example, earned 89 percent of male teachers' salaries.

A comparatively low starting salary can have a significant impact on women's earnings throughout their lives. As Christianne Corbett, a senior researcher in the AAUW, stated in ABC News, a 6.6 percent difference "may not seem like a big deal, but the lesson of compound interest shows little things make a big difference in the long run." Moreover, although women may earn less, they have about the same amount of student loans to pay back. Researchers determined that while the typical full-time male worker a year out of college could afford to pay 8.9 percent of his earnings towards student debt, his female counterpart could only afford to pay 7.8 percent.

What measures can be taken to reduce the wage gap and consequent financial burden on women? According to The Washington Post, researchers suggested that more women should pursue higher-paying careers and negotiate higher salaries. Corbett also suggested in ABC News conducting pay studies to find out if a wage gap exists as well as implementing pay transparency in the workplace. Pay transparency, said Corbett, "increases a sense of fairness among workers. Morale is better when they sense that an employer is fair."

As researchers mentioned in The Washington Post, eliminating the wage gap requires a joint effort: "A problem as long-standing and widespread as the pay gap...cannot be solved by the actions of individual women alone." If employers and government do their part in implementing policies that support equal pay, the country will come closer to solving the wage gap issue.

"Education Isn't Such A 'Great Equalizer' After All," businessinsider.com, October 24, 2012, Mandi Woodruff