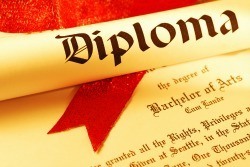 Liberal arts majors typically make lower salaries than those with professional or pre-professional degrees soon after earning a bachelor's degree. However, as The Chronicle of Education noted, a recent report by the Association of American Colleges and Universities revealed that in the long run, this wage gap narrows considerably.

Earnings potential and the extent of wage gap reduction, however, are largely attributed to an individual's specific major and level of educational attainment. For example, according to CNBC, liberal arts majors who entered the legal field earned $127,000 per year during peak earning years, while those in service professions earned $37,000.

Numbers are even bleaker when engineering graduates enter the mix, as they out- earn those in every other field examined. Engineering majors with only a bachelor's degree make $41,577 short-term and $88,352 long-term. Even when comparing professionals of all education levels, liberal arts majors typically make about two-thirds of an engineer's income during their peak earning years and 76 percent of the income of those with a physical science, natural science, or math degree.

Anthony Carnevale, director of the Georgetown University Center on Education and the Workforce, told The Chronicle of Higher Education that the report had two major effects: it served as a rebuttal against claims that liberal arts degrees have no value and sent a message to liberal arts majors to "[g]o to graduate school."