Waitlisted College Applicants Have Little Chance Of Being Admitted 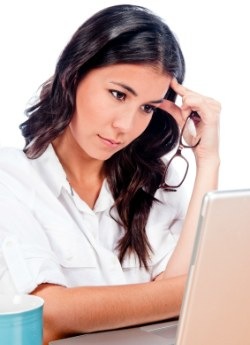 Many college applicants have been placed on waiting lists at selective schools this year, and their chances of being admitted are decidedly slim.

As The New York Times reported, Yale placed 1,001 students on its waiting list this year, while Princeton waitlisted 1,472 applicants. Previous years have shown that the vast majority of waitlisted students are not offered admission. For example, The Wall Street Journal reported that in 2011, only 103 out of 996 Yale applicants were offered admission from the waiting list. At Princeton, meanwhile, 1,248 applicants were offered spots on the waiting list in 2011; only 19 were ultimately admitted.

Nevertheless, Richard Shaw, dean of Stanford's undergraduate admission and financial aid, noted that such students should still be realistic. He told the WSJ that comparing this year's chances with last year's is "like playing the state lottery versus the national lottery. It's a million to one instead of a billion to one that you're going to get it."

Many colleges are increasingly using waiting lists as an enrollment tool. Such lists are meant to help fill the possible holes left by applicants who are accepted but choose to decline admission. As reported by Education Week, data from the National Association for College Admission Counseling indicated that 48 percent of schools used wait lists in 2010, up from 39 percent in 2009 and 35 percent in 2008. But an average of just 28 percent of waitlisted students were offered admission in 2010.

Admission officers say that there are some things that waitlisted students can do that may help: Students should respond quickly if they wish to remain on the waiting list, and to use the opportunity to include a letter about why the college is a good fit. But admissions officers caution not to overdo it.

"If something substantive and new has taken place since you last wrote, mention it, but don't belabor it," said Jeffrey Brenzel, Yale's dean of admissions, who was interviewed by the Times. He also warned against sending messages to the admissions office on a regular basis, which is "more likely to turn an admissions officer off."

But the best strategy of all, say some educational consultants, is to stop thinking about the wait list and to move ahead with more concrete plans. "Many kids decide the uncertainty is not worth it," said Megan Dorsey, founder of College Prep LLC in Sugarland, Texas, who was interviewed by Education Week. "It prolongs the agony. It's holding out false hope."

"Wait Lists Grow In Use; How Should Students Take the News?" blogs.edweek.org, April 6, 2012, Caralee Adams

"What to Do While on a College Wait List," thechoice.blogs.nytimes.com, April 4, 2012, Lily Altavena