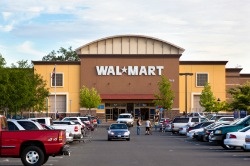 Bargain seekers headed to Walmart on Black Friday could be surprised to find striking workers. ABCNews.com reported that Walmart employees across the nation are upset that they may have to work on Thanksgiving because of the chain's scheduled early opening at 8 p.m. on Thursday. Protests are expected in cities as widespread as Chicago, Dallas, Los Angeles and Miami.

The union-backed group OUR Walmart stated that thousands could strike this week. Employees have complaints beyond working on Thanksgiving; they also are unhappy with what they see as low pay, too few working hours and expensive health care. Some are protesting against retaliation for seeking higher pay and making other demands, reported CNN Money.

Dan Hindman, an employee of a Walmart near Los Angeles, told CBS News his schedule dropped to 15 hours a week after he joined a group of colleagues interested in unionizing. As a result of his reduced hours, he could no longer support his four-year-old son and lost custody. Hindman said he is scheduled to work Black Friday, but does not plan on showing up.

Last week, Walmart lodged a complaint with the National Labor Relations Board claiming the union that backs the OUR Walmart group has illegally organized picketing lines and demonstrations over the past six months, CNN Money noted. Workers in the U.S. are not unionized and the retailer has successfully blocked attempts by employees to do so, according to CBS News.

Walmart is not the only store planning to open on Thursday: Kmart, Target and Sears are also opening at various times. Other stores, such as Best Buy, Kohl's and Macy's, are planning on opening at midnight, ABCNews.com reported.

At Walmart, management foresees attendance issues for "only a handful" of its 1.3 million workforce, CNN Money noted, with most workers coming in for their scheduled shifts on these busy shopping days.

"This is the Super Bowl for retailers and we're ready," Kory Lundberg, director of National Media Relations for Walmart, wrote in an e-mail to ABCNews.com. "We've been working on our Black Friday plans for almost a year now, and we're prepared to have a great event. We respect the rights of our associates to express their views but if they are scheduled to work, we expect them to show up and do their job."

"Walmart Workers Threaten to Strike on Black Friday, One of the Biggest Days of the Year," abcnews.go.com, November 19, 2012, Bianna Golodryga