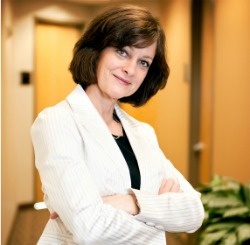 Women and their rise to levels in the workplace comparable to those of men are crucial to America's economic future, billionaire investor Warren Buffet said in an essay published Thursday on "Fortune" magazine's website, Reuters reported.

"If obvious benefits flow from helping the male component of the workforce achieve its potential, why in the world wouldn't you want to include its counterpart?" he asked.

The 82-year-old chairman and chief executive officer of Berkshire Hathaway Inc. said the U.S. has wasted half of its talent by preventing women from advancing in their careers, and this should change for America to succeed. Despite the progress that's been made concerning women in the workplace, more must be done, he added. He challenged men to consider how to better utilize women's productivity at work and urged them to help females to succeed, saying that was not only ethical but also self-serving behavior.

"Fellow males, get onboard," he wrote. "The closer that America comes to fully employing the talents of all its citizens, the greater its output of goods and services will be."

According to Catalyst, a nonprofit group that seeks to expand opportunities for females, women held 16.6 percent of board seats and 14.3 percent of executive officer positions at Fortune 500 companies last year, Bloomberg indicated. In addition, they hold 51.4 percent of managerial and professional positions but make 23 percent less in wages than men on average, U.S. Census data showed.

In a talk given Thursday to students at the University of Nebraska, Omaha, Buffett said women must become better at seeking recognition for their achievements and annihilate self-doubt. He used his long-time friend, Katherine Graham, former chairman and CEO of The Washington Post, as an example of a talented woman with excellent character but lacking self-confidence. Despite her company's stock rising 4,000 percent during her tenure running the company and despite winning a Pulitzer Prize for her autobiography, "Personal History," she didn't feel worthy of praise.

"[Women] have to get like the males and claim credit for way more than they do," he said. "You can't put limitations on yourself."

Some of Buffett's ideas echo those of Sheryl Sandberg, Facebook's CEO, who wrote in her book, Lean In, published earlier this year, that women must be more assertive in their careers and men must more often serve as mentors to them.

Buffett's essay appeared two days before Berkshire Hathaway's May 4 annual shareholder meeting, the Los Angeles Times noted. It also follows Calvert Investments' report that the company ranked the lowest for diversity out of those comprising the S&P 100 Index.

"Warren Buffett calls for America's men to boost women in business," reuters.com, May 2, 2013