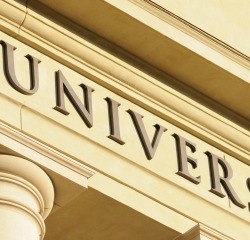 Washington Monthly (the Monthly) recently released its new "Best Bang for the Buck" college rankings, which aim to assess colleges and universities on the net value they provide students. With rising college costs and persistent questions regarding whether or not higher education is worth the expense, the publication set out to help low- and middle-income students answer the question, "What colleges will charge people like me the least and give me the highest chance of graduating with a degree that means something in the marketplace?"

Schools had to meet four major criteria to qualify for a place on the list. First, a minimum of 20 percent of students must be Pell Grant recipients. Second, each school's graduation rate must be at least 50 percent. The Monthly reasons that while this may seem like a low number, it is significant when considering the fact that at least a fifth of the school's students would come from low-income families -- a group that typically has lower graduation rates. Third, each college's graduation rate must meet or surpass the statistically predicted rate for a school with the same number of low-income students. Lastly, each school's student loan default rate must be 10 percent or less. This ensures that graduates have enough of an income to make their loan payments. Only 349 of the total 1,572 colleges and universities in the country qualified for the list.

After selecting schools that met the above criteria, the Monthly determined their net price of attendance. Net price was measured by taking the average tuition of first-time, full-time students from families with an annual income of $75,000 or less and subtracting the need-based financial aid awarded to them. Based on these calculations, the Monthly decided which schools gave students the most value for each buck.

The top school on the list was Amherst College, a liberal arts institution that has almost doubled its percentage of Pell Grant recipients over the past ten years. At Amherst, students with a family income of less than $75,000 have an annual net cost of only $843, which is less than a third of the net price at an average community college.

While ranking institutions, the Monthly noticed several patterns. For example, as one might expect, public schools dominated the list. Despite large tuition increases, they are still often the most affordable college option for students. However, the public schools that placed higher on the list, including CUNY Queens College, are those that often place lower on the widely-read U.S. News & World Report rankings. The Monthly pointed out that while these institutions may not be the most prestigious in the nation, they provide significant value for students. As noted in Diverse Issues of Higher Education, the Monthly in fact released its rankings as an alternative to those of U.S. News, which, according to the publication, measures "wealth, exclusivity and prestige."

The Monthly introduced the "Best Bang for the Buck" feature last year as an addition to its usual rankings and expanded it into a separate ranking system this year. Rankings were released shortly after President Obama discussed creating a college rating system with the same intent. According to Paul Glastris, the Monthly's editor-in-chief, the publication released its new ranking system "without any knowledge that the administration was going to come out with a proposal to create a rating system almost exactly like ours."

As he told The Washington Post, Glastris is happy that the administration has set out to create a similar assessment of postsecondary institutions. He added that the Monthly's way of evaluating schools has not always been positively received: "Our argument -- that higher education was increasingly expensive, biased in favor of the affluent and against the working class, largely unaccountable, and maybe much less rigorous than anyone was willing to say -- I can't say it fell on deaf ears, but it certainly wasn't conventional wisdom." He warned that colleges and universities will likely push back against the sort of rating system that Obama has proposed.

Glastris stated in Diverse Issues in Higher Education that although Obama's college rating system requires more policy detail than the Monthly's rankings, he believes that the "Best Bang for the Buck" list aims to examine the same criteria of retaining an affordable tuition and serving low-income students.