Jaden Smith You're Wrong! - Why Education is Important

Editor's Note: Recently Jaden Smith, the son of Will and Jada Pinkett-Smith, went to Twitter to voice his opinion about the American education system and how people would be better off dropping out because “If Everybody In The World Dropped Out Of School We Would Have A Much More Intelligent Society.” Jamar Ramos, a contributor for CityTownInfo, put together this response to Mr. Smith’s tweets.

Hello. My name is Jamar Ramos. You don't know me, and probably never will. I'm low on the totem pole of "World's Most Important People", but what I do for a living is pretty damn important. I write about education, and I wish to address the comments you made on Twitter about the pursuit of a college degree. If you don't remember your words, please allow me to quote them back to you: 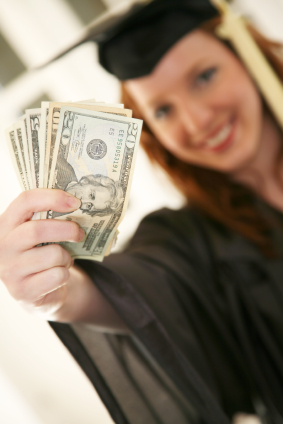 "School Is The Tool To Brainwash The Youth. Education Is Rebellion. If Newborn Babies Could Speak They Would Be The Most Intelligent Beings On Planet Earth."

Some would take your words here and lambast you for no other reason than they believe you are some spoiled rich kid who speaks this way because mommy and daddy pay for everything you have. I want to take a different tact with you. I want to educate you. Here we go.

You are a young, powerful, African-American male. Your voice can travel in ways and to places that you could never imagine. How do you think what you said was taken by young men and women who feel that you are someone they wish to emulate? You don't have to agree with all that institutionalized education does to teach the vast majority of students who enter the hallowed halls of postsecondary schools, but saying that school brainwashes people is beyond the pale. Whom does it brainwash, and how? What are they being brainwashed by? Brainwashing usually involves the unwilling participation of individuals in an attempt to rewrite their thinking towards something more palatable for a certain segment of society. Whom does this apply to, Mr. Smith? Who is brainwashing whom?

If it is your contention that postsecondary institutions brainwash youth to make them more productive members of society, I would ask you this, sir: how is that a bad thing? I went to San Francisco State University and believe me when I tell you that I feel that I did more brainwashing of my teachers than I feel they did with me. I challenged them on their beliefs, their methods of teaching, and while they pushed back I never felt that I was being forced to learn the way someone else wanted me to, or to believe something that I didn't. In school, at any level, you are able to think for yourself. If a college education brainwashes you, maybe you set yourself up to be brainwashed.

Another point I want to bring up, Mr. Smith, is that not everyone can drop out of college, or choose not to go, and make something of

themselves. I should know. I had to leave college after two years of study the first time I tried to earn a degree. When I left, I thought I would be fine. I knew I was intelligent, I knew what it took to work hard and move up in a place that was a true meritocracy. Yet, when I ventured out into the workplace, somehow there was a limit to the number of places I was qualified to work. Why is that, you may ask me. Great question, Mr. Smith, is my reply. Its because I didn't complete my college education. While I may have felt I was qualified to work in more prestigious places, I instead worked in a record store, a big liquor chain, and a shoe store. Not the worst jobs in the world, and they did help pay my bills, but they weren't the places I wanted to work. What held me back was lacking a college degree.

A degree isn't just a way to show your potential employer that you are a smart individual. A college degree also connotes your ability to start a long term project and see it through to the end. Employers spend a lot of money to search for, recruit, and train new hires, so they want to make sure they are going to employ someone who has a goal to stay with their company long term. There is little to be made from hiring people who are only going to stay employed with a single company for a few months. That is a terrible return on the investment made.

Something else that you may not realize, Mr. Smith: not all of us are blessed to have two strong role models who bring home enough money to provide for their children who can then reach out and achieve their dreams. You are one of the lucky ones, young man, and you should make sure to hug your parents each night and thank them for the opportunities their individual success as actors, and mutual success at being positive role models, has provided you. If you wish to forgo a college education because of this that is your choice, but please do not apply your personal logic to the potential decision of others. Many of them may foolishly follow your tweets and seek to reach for their dreams. Some may succeed. Others, however, will taste the bitter, alkaline tang of asphalt as they pick themselves off the ground and realize that they know the true meaning of defeat. It is not the failure to achieve a goal that is defeat, it is setting oneself up to achieve that goal without the proper foundation to realize it fully that is the essence of defeat. For every Steve Jobs and Mark Zuckerburg there is a number of people you have never heard of who have reached for the stars before they were even ready to make the first leap off the ground. College isn't for everyone, I will grant you that, but there are many other alternatives. If earning a four year degree may take too long, there are many careers that people can qualify for with just a two year degree. There are certifications you can earn as well in lieu of applying for a bachelor's program.

The lifetime earning potential of people who have a college education is also ignored in your Twitter advice, Mr. Smith. Take this information from the Bureau of Labor Statistics, a government website that is run by a bunch of people who earned those useless degrees and were brainwashed by postsecondary studies: 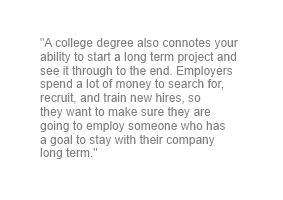 As you can also tell by the figures here, people who reach higher levels of education enjoy a lower unemployment rate in addition to making more money per week. If that is what the brainwashing education system does for people, more of them should sign up to receive it.

And lastly, before I let you go Mr. Smith, I'd like to address something I mentioned earlier in this missive. You are a young African-American male with tremendous power. That is rare. According to the NCCAP Criminal Justice Fact Sheet, "Nationwide, African-Americans represent 26% of juvenile arrests, 44% of youth who are detained, 46% of the youth who are judicially waived to criminal court, and 58% of the youth admitted to state prisons." They also represent "nearly 1 million of the total 2.3 million incarcerated population." Our brothers and sisters are being brainwashed, Mr. Smith, but not by education. Many of them, by the time they are old enough to go to college, may no longer have the option.

I know you are young, Mr. Smith, but you have to be careful how you represent yourself. You are entitled to your own opinions, but you are not entitled to your own facts. I believe a wise man once said that. Anyway, you may not like our education system, and I would have to say I'm not the biggest proponent of it, but it's what we have. Instead of taking to Twitter and revealing your ignorance about the beneficial qualities of a postsecondary education, why not avail yourself of some of the fruits of it, like the internet, and research what you are saying before you say it. That's what I did in crafting this letter to you. I made sure to know what I was saying before I said it. My education brainwashed me into making sure I do that.

Earnings and unemployment rates by educational attainment, Bureau of Labor Statistics, May 22, 2013, http://www.bls.gov/emp/ep_chart_001.htm

Jamar Ramos has been writing poetry and fiction for many years, and earned his bachelor’s degree in Creative Writing from San Francisco State University. For the last three years, Mr. Ramos switched to producing blog posts for CBSSports.com and writing professionally as an independent contributor for a number of Internet sites. His creative works have been featured in The Bohemian and The San Matean. He now contributes articles for OnlineDegrees.com, OnlineColleges.com, and AlliedHealthWorld.com.