Why Favoritism May Be a Good Thing in the Workplace 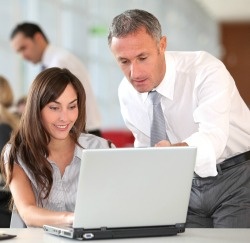 Favoritism in the workplace is usually inappropriate. A new study, however, shows that playing favorites in the office may help managers create high performing teams.

According to BusinessNewsDaily, researchers from the University of British Columbia Sauder School of Business found that employees were more likely to perform above and beyond as well as follow workplace norms when managers or those in a leadership position treated them slightly better than others.

As reported in a press release, researchers conducted a series of experiments and surveys. For example, one study analyzed how preferential treatment from managers affected employees’ self-esteem and willingness to follow office norms. Feedback from participants showed that favoritism from their managers heightened feelings of self-worth with regards to their jobs. Furthermore, colleagues who were asked to observe these favored employees reported that individuals who received preferential treatment were more social and productive.

“Conventional wisdom tells us that we should treat everyone the same to create a collegial and productive work atmosphere,” said Sauder Professor and co-author of the study Karl Aquino in the press release. “But our research shows this can be a disincentive for workers who would otherwise go above and beyond on behalf of the team with a little bit of extra attention.”

According to NBC News, a 2011 poll of senior executives showed that 92 percent have witnessed preferential treatment when it came to promotions. Although Aquino argues that favoritism can be a motivating factor, he does warn that it is a fine line as it may cause other employees to be suspicious or envious.

“There’s a risk that treating some employees better than the rest can turn others off. The key is to find the right balance—treat everyone reasonably well, but treat those whose work counts most or who have been most productive just a little bit better,” he explained in the press release.

The study, “Satisfying Individual Desires or Moral Standards? Preferential Treatment and Group Members’ Self-Worth, Affect, and Behavior,” will appear in the Journal of Business Ethics.