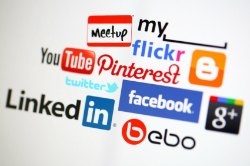 While some companies are still keeping a tight hold on the purse strings, others, some may say, are letting loose. According to ZDNet, many tech companies are preparing for the annual U.S. fall expo season by organizing extravagant corporate events, complete with big name musical acts.

As reported by The Wall Street Journal, companies such as Salesforce.com Inc. and Oracle Corp. are putting on the final touches for conferences that will not only showcase company products, but also provide entertainment to tens of thousands of people. Salesforce.com is expecting some 70,000 people to attend its Dreamforce conference, which will be held at San Francisco's Moscone Center and feature an outdoor block party with local musicians and a performance by the Red Hot Chili Peppers in front of City Hall. Shortly after, Oracle will welcome some 50,000 people and close its conference out with a gathering on Treasure Island with Pearl Jam and Kings of Leon.

Other tech companies, including VMware Inc., Intel Corp. and Box Inc., have followed suit and in-person attendance at these conferences have only grown despite the rise in services that allow people to watch events without physically being there. As The Wall Street Journal noted, back in the day, it used to be all about trade shows that were organized by industry groups. Now, however, individual companies have taken on the task.

Organizers claim that these types of events are becoming increasingly popular for numerous reasons. For instance, these shows are no longer cater to just industry heads--companies are trying to appeal to a broader audience by offering a variety of take aways; everything from training courses to a show floor for products to talks from industry experts/leaders and entertainment by big name music bands.

Organizers also argue that technology is changing so rapidly that engineers, programmers and executives are pressured more than ever to track developments and share/exchange ideas. For example, VMware recently threw VMworld--a show that promoted the use of virtualization and cloud computing.

Moreover, according to Politico, the tech industry has become much more influential than in past years. As a result tech companies--from Apple to Yelp--are also becoming players in the political world. Whether it's the colorful Google-themed rec room where attendees can sit and drink free coffee or the invite-only Facebook event where designers and developers can show off their apps, technology companies are grabbing people's attention and creating a buzz.

"The tech industry is stronger and better organized than ever," explained Representative Kevin McCarthy in Politico. "Before, when you'd go to the tech community you'd talk to tech people. Now, I'm seeing young people who are in politics working in the tech community also. You're beginning to see a marriage of what tech can do to open up politics as well as the tech community understanding how these policies affect them."