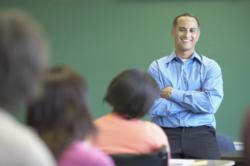 An announcementby the Collaborative on Academic Careers in Higher Education (COACHE) shows that among untenured assistant professors, there is a gap in job satisfaction between men and women.

Inside Higher Edstates that there have been numerous studies illustrating a difference in job satisfaction between men and women in academe. This new study confirms previous data, but also provides a more detailed understanding of the issue by revealing that these gaps vary by discipline.

According to The Chronicle of Higher Education, researchers surveyed 9,512 pre-tenure faculty members on satisfaction in more than 100 aspects of their work lives. Such aspects included tenure clarity and expectations, compensation and benefits, the nature of their teaching and research, balancing work and life, job climate and culture, and overall satisfaction.

COACHE found that across academic areas, men are generally more satisfied with their work; however, the most prevalent gap in satisfaction was in the social sciences, with men happier. Additionally, The Chronicle of Higher Education adds that gaps in satisfaction remain consistent across 12 academic disciplines in which women are typically well represented. Cathy A. Trowers, research director of COACHE, says that the data illustrates that recruiting a "critical mass" of women in academe is not enough to ensure equality. "The job of our institutions doesn't stop with recruitment," she says in Inside Higher Ed.

Although surveys did not ask why assistant professors were satisfied--or dissatisfied--Kiernan Mathews, director of COACHE, notes that when he briefed some provosts and deans about the findings, no one was surprised.

Junior faculty report that they are usually frustrated with the tenure process. Rosanna Hertz, Professor of Sociology and Women's Studies at Wellesley College for the classes of 1919-50, points out that faculty within the physical and biological sciences are in regular contact with one another, whereas "in the social sciences, people for the most part toil away on their own". This means that new professors in the social sciences who want mentors may find it difficult to stay on the path towards tenure.

The Chronicle of Higher Ed reports that women also expressed less satisfaction in the number of hours worked, amount of time for research, work/life balance, and balance between the tenure track and raising children. "Almost any university survey you look at, women have a harder time coordinating work and family, women end up doing more work at home, more work at child care, and this makes the work of being a faculty member harder," says Shelley Correll, an associate professor of sociology at Stanford University.

Despite imbalances within the social sciences, humanities and business faculty express high satisfaction with their ability to balance professional and personal time. "I think that...the humanities don't have the same 24/7-in-the-lab situation that scientists feel," says Trower. This data suggests that certain disciplines may be more supportive for women and men who have family responsibilities.

COACHE says the goal of the survey is to help universities shape policies that will improve job satisfaction at the department level. They encourage dialogue between deans, department chairs and senior faculty. "The whole idea is to create a great work place," says Trower.