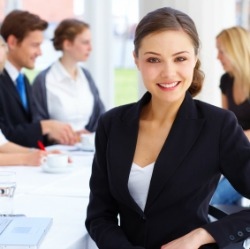 The gender pay gap is a well-established phenomenon in society today. The Wall Street Journal noted that in 2011, the gender pay disparity was 23%, according to the Institute for Women's Policy Research in Washington. Similarly, a report using data from 2009 showed that female college graduates earned an average of 82% of what men do. While many reasons are attributed to this disparity, a recent study has shown that negotiating--or lack thereof--could be a significant contributor to this gap.

According to a press release issued by the National Bureau of Economic Research, the study was conducted by Monash University's Andreas Liebbrandt and University of Chicago's John List and involved 2,500 job applicants who responded to 18 different administrative assistant job advertisements spread across nine cities. Liebbrandt and List found that women tended to avoid salary negotiations when they were not sure such negotiations were permitted. In contrast, men were significantly more likely than women to prompt wage negotiations when salary negotiation rules associated with a position were ambiguous. However, when job openings explicitly stated that negotiations were allowed, women became much more assertive, pushing for the salary they believed they deserved and largely erasing the gender disparity. These findings are significant because they suggest that women could actively narrow the gender pay gap in America simply by initiating a salary negotiation regardless of whether an open position provides details on the matter.

While the study indicates that women should make the effort to negotiate more, actually bringing up a salary increase at the moment of truth is admittedly difficult for many. Ashley Milne-Tyte acknowledges this fact in her article published in Metro. "Society still views women as nice and accommodating. Asking for more money doesn't fit that picture. So we have to be careful how we do it to avoid turning people off. But if you don't ask, you have no idea what you could get," she writes. Milne-Tyte advises readers to thoroughly research their present market value prior to negotiations, to not immediately back down if their manager seems surprised or hesitant ("This is all part of the game," she explains), and to remain pleasant and polite even while standing their ground.