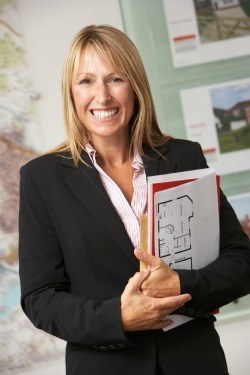 A new report from the U.S. Bureau of Labor Statistics showed that women recover jobs faster than men post-recession and have even added jobs during previous recessions. Bureau of Labor Statistics economist Catherine A. Wood shared the news about women's employment in the recent report, adding that women's non-farm employment during the last recession reached 50 percent, the highest figure since the agency began tracking employment in 1964. As the Los Angeles Times mentioned, women held only 31.7 percent of non-farm jobs that year, and the percentage continued to grow until leveling off sometime in the 1990s. Women's ability to maintain jobs during recessions has remained high compared to their male counterparts, a phenomenon that Wood explained in the Bureau of Labor Statistics report.

According to the report, the disproportionate number of men losing their jobs is partially the result of more men working in goods-producing industries, which generally suffer the majority of employment losses during recessions. So when manufacturing takes a hit, it's mostly men who join the ranks of the unemployed.

Goods-producing industries have also experienced an overall decline over the past few decades, noted the Los Angeles Times, from 32 percent of non-farm employment in 1969 to 14 percent in 2013.

The International Business Times added that many women escape record job losses due to their prevalence in the service-providing industries.

"By contrast, the service-providing industries, which represent the majority of payroll employment and whose share of total nonfarm employment has risen from 68 percent in 1969 to 86 percent in 2013, have historically accounted for a much smaller percentage of recessionary job losses and, in some cases, contributed to net job gains during recessions," wrote Wood.

According to the report, men's job losses outnumbered those of women at a rate of 2.6 to 1 during the most recent recession. Additionally, The Wall Street Journal stated, overall employment for women is at an all-time high, with a record-breaking 68.1 million women on U.S. payrolls in March.

The fact that women are holding their own in difficult times can be seen as good news for the overall economic prosperity of women in the United States. "Although the job losses experienced by both women and men during the most recent recession were severe, the resilience of women's employment and its long-term growth are historic," wrote Wood.

However, as The Wall Street Journal pointed out, when accounting for population growth, employment for both sexes still has a ways to go.

"The rise in women's share of nonfarm employment during the 2007-2009 recession: a historical perspective," bls.gov, April 2014, Catherine A. Wood, http://www.bls.gov/opub/mlr/2014/article/the-rise-in-women-share-of-nonfarm-employment.htm