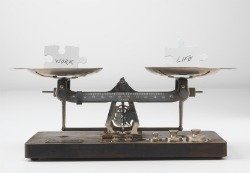 At least 40 percent of women working as research scientists report delaying childbirth while other scientists -- both men and women -- report having issues finding that balance between their career and personal lives, a new study from the Association of Women in Science shows.

Fifty four percent of the researchers and scientists who participated in the study indicated they had problems fitting in work demands with their personal schedules at least two to three times a week, according to an AWIS press release. Data was collected from more than 4,220 scientists and researchers working worldwide. Of the total group of respondents, 64 percent reported working for universities and some 24 percent of respondents came from the U.S., reported Inside Higher Ed.

Those working in the research and science fields often have difficult tasks to complete, especially when it comes to the goal of achieving tenure. These tasks, which can include grant-writing, extensive lab time and publishing, according to The Chronicle of Higher Education, could put extra pressure -- and take time away from the home -- when it comes to advancement.

In fact, just one out of three people surveyed indicated they worked for a family-friendly institution, noted The Chronicle. Inside Higher Ed also reported that the results seemed to indicate that universities worldwide may not be family-friendly to workers.

"If there's one-third of scientists who are unhappy, then we might lose a lot of people who are playing a role in science," Donna Dean, an AWIS board member, told Insider Higher Ed. "The goal, of course, is to have robust, diverse and enthusiastic workplaces. We have to question what these numbers mean for those coming into the system."

More women (48 percent) than men (39 percent) reported being unhappy about the balance between work and personal life, according to The Chronicle. However, it was this lack of work-life balance that caused nine percent of all the respondents (both men and women) to indicate this was the primary reason they planned to leave their job within the next year.

"This is not a gender issue, this is atmosphere-related," Dean said in The Chronicle. "Both men and women are struggling with this."

Typically, much of the research related to STEM -- science, technology, engineering and math -- fields focuses on women. More often than not, they represent women as the ones who have difficulty finding the right work-life balance. However, this study shows that both males and females struggle.

"These findings confirm that work-life conflict is not gender-specific in the scientific community," Janet Bandows Koster, AWIS Executive Director and CEO, said in the press release. "The real issue is that the academic workplace is still modeled on an ideal that no longer exists nor complements the realities of today's global workforce."

"If researchers who want a fulfilling home and work-life are being driven out of the industry through archaic working practices, it's time to address the system itself," she said.

"Work-Life Balance is Out of Reach for Many Male and Female Scientists," chronicle.com, March 8, 2012, Audrey Williams June