Work-Life Balance: Is It Ever Possible to Have It All? 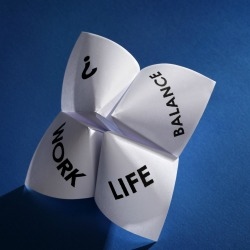 Used to be, executives were faced with an either/or decision: Make kids/family life a priority, or attempt to scale the corporate ladder. Today's professionals want it all: a successful career and a happy home life. And, according to a new survey, most believe they can achieve it -- with one important caveat.

The new international survey conducted by the consulting firm Accenture indicates that 7 in 10 executives believe they can have a successful career and family life -- just not all at once. In fact, only about half believe that both can be achieved at the same time. Balance matters, too: According to the survey, 52 percent of respondents said work/life balance is so important that they have turned down jobs that raised concerns about their ability to achieve it. These trends proved true for both men and women, undermining the common perception that work/life balance is solely a working mother's issue.

The Accenture survey also looked at the role of technology in one's ability to balance work and home life. Overall, 78 percent of respondents said that technology helps them to be more flexible with their schedules, and 80 percent said that having that flexibility is extremely or very important to work-life balance. But here, too, there's a catch: While most respondents believe technology is helpful in achieving this balance, 70 percent said that technology can also bring the office into their homes, blurring the line between one's work and personal lives.

Today notes that the results come on the heels of a national debate on whether ambitious men and women can balance a successful career with a successful home life. Yahoo Chief Executive Marissa Mayer received a mixture of public criticism and support when she announced last year that she was only taking two weeks of maternity leave after having her child, then again last month when she banned telecommuting across the company. Former State Department official Anne-Marie Slaughter generated similar discussion last year when she claimed it's not possible for women to strike a meaningful work/life balance, at least not in the United States.

While Accenture did not survey respondents on specific events such as these, the study does shed some light on why they seem to touch a public nerve. According to Business News Daily, the results suggest that workers increasingly define their career success by their ability to balance both work and home life. When asked what best drives their career success, work/life balance was respondents' most popular answer, beating out money, recognition and even advancement. Status, job title and social impact ranked last.

Career and Education News
Home >
News>
Work-Life Balance: Is It Ever Possible to Have It All?