Many workers are retraining for new careers, although better income is not always the reason why. 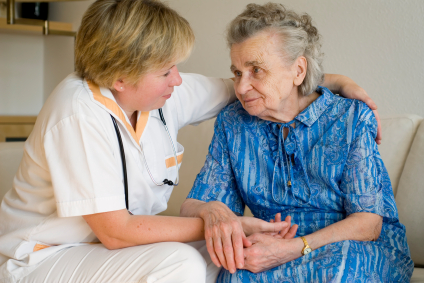 The New York Times reports that many people are choosing to be trained at career colleges such as the Career Academy of New York because they are lured to the promise of quick certificates and "recession-proof" careers. As a result, CANY has experienced a surge in enrollment and has seen greater interest in training for careers such as medical assistants, chefs and hotel managers.

"Although the recession is extremely bad," noted Mony Lotfi, CANY's director of admissions, who was quoted in the Times, "it's really giving them more of an incentive and more of a push to say, 'what was I waiting for, now is the time.'"

Lotfi noted that the recession is prompting people to think more closely about their career goals and aspirations. "A lot of people are getting laid off," she told the Times. "It's really giving them the time to really think about what it is that they really want to do. Sometimes they just got caught up in a job, and they've been working and before they know it it's been 10, 15 years. So now they are off, they are exploring different avenues."

MSNBC.com reports that more workers are seeking fulfillment in "encore careers," as they are called, which include jobs in healthcare, education, green industries, government, social entrepreneurship and working for nonprofits. According to Lee Igel, assistant professor in the School of Continuing and Professional Studies at New York University, employees in their 40s and 50 sometimes begin to consider more meaningful career options.

"They are turned off by the business world that didn't do for them what it was supposed to do," he explained to MSNBC.com, "and at the same time their careers didn't really fulfill them anyway."

For Barbara Higbee, who left a corporate management job to work for a nonprofit that helps women in need, the pay cut was enormous but the choice was right. "On the financial side, did I make a bad decision leaving corporate America? Yes," she told MSNBC. "But when I look at the personal rewards I got, that's more important to me."

Roxanne Hori, assistant dean and director of the Career Management Center at Northwestern University's Kellogg School of Management, noted in the Chicago Tribune that changes to one's career depend greatly on one's age and risk tolerance. Nevertheless, she said, self-evaluation is always a good idea.

"It's always healthy, regardless of what the economy is like, for people to explore those dreams," she was quoted as saying in the Tribune. "It helps you decide: Are you at the right time and place to make a shift or not?"