Working On Wall Street Can Be Bad For Your Health 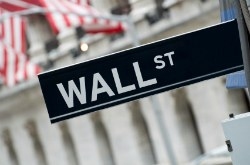 Investment bankers are known for their high salaries and formidable bonuses, but new research shows they pay dearly for their success. Their currency? Insomnia, heart problems, violent tempers and alcoholism.

The Bottom Line on msnbc.com reported that a new study from the University of Southern California reveals that these health issues -- and others -- are just part of the job. Long hours and pressure to perform well take their toll, diminishing bankers' physical and emotional well being.

"When you work 120 hours a week, something snaps," Alexandra Michel, a USC assistant management professor who shadowed new bankers for a decade, told The Bottom Line. "But the interesting finding is what exactly snaps. It's not technical accuracy; the bankers were quite precise in what they were doing. What snaps is creativity, judgment, and that's really important in our new knowledge-based economy, because we now compete on innovations."

According to The Wall Street Journal, every banker Michel observed developed some sort of stress-related physical or emotional disorder within their first few years on the job. In the beginning, workers eagerly clocked 80 to 120 hours a week, but by about the fourth year, sleep deprivation and stress took over. As TIME reported, Michel noted that their bodies "turned antagonistic." Some developed allergies, substance addictions and "embarrassing tics, such as nail biting, nose picking or hair twirling." Others developed long-term health conditions like Crohn's disease, The Wall Street Journal added.

According to TIME, this new study backs up others that emphasize the harm of overworking, including one that found that employees that work 11 or more hours a day incur a 67 percent higher risk of heart disease. But workers are not the only ones that suffer from these long hours: employers paid a price as well, namely in lost productivity and creativity.

Dr. Alden Cass, a clinical psychologist who specializes in treating Wall Street executives, told The Bottom Line that the stress of long hours can lead to apathy and burnout, especially in today's economy.

"People are working harder, longer and making less," he said.

Still, Michel told TIME that the "banks benefited from banker's hard work," at least in the beginning, and set up a system of "socialization" and "organized control." Employers often hired watchers to monitor bankers, offering them meals or caffeine when they seemed sluggish.

Lindley DeGarmo, a former director at Solomon Brothers, told The Wall Street Journal that he recalls managers working young hires to the point of exhaustion.

"The culture was very much that these were dogs' bodies," he said.

That doesn't mean workers are recruited under false pretenses. Most bankers know exactly what they are signing up for and welcome the challenge. Banking is a high-stake, but high-reward career. Whether the payoff is worth it in the long run is up to the individual.

"I used to say the job was good only one day a year -- the day when you got your bonus, and sometimes that day wasn't that great," former banker William Cohan told The Bottom Line.

Michel's study will be published in the next issue of the Administrative Science Quarterly, due out later this month.