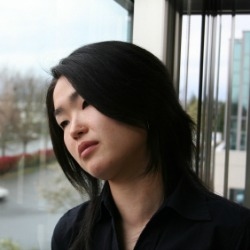 Depression takes a toll on the people who have it and also on their employers, a new Gallup study showed. About 12 percent of U.S. workers, or 1 in 8, have been diagnosed with depression at some point in their lives, and that group, together, misses about 68 million more days of work each year than those without depression, according to Gallup. Additionally, the costs of that lost productivity come in at about $23 billion.

The collective effects of the disease are "tossing a lot of sand into the gears of the U.S. economy," Dan Witters, research director for the Gallup-Healthways Well-Being Index, told The Wall Street Journal.

For the study, researchers analyzed the data for the Well-Being Index taken between Jan. 2, 2011 and Dec. 30, 2012, Gallup noted. As part of this, they surveyed more than 237,000 full-time employees (those working 30 or more hours per week) and 66,010 part-time workers during that time. Findings revealed that full-time workers with a depression diagnosis were absent 8.7 days per year for health reasons whereas their part-time cohort missed 13.7 days. These numbers are more than double those of their peers without a depression diagnosis: full-time workers took off 4.3 days, part-time workers, 5 days.

"That can add up pretty significantly over time," Witters told WSJ. "Mental health is an issue that's very real and very significant inside of U.S. workplaces."

The data showed that about 12 percent of all workers indicate they have had a depression diagnosis at some point in time. About half of those -- 6.1 percent -- said they were currently being treated for depression. According to The Huffington Post, certain factors in the workplace can exacerbate mental health. Working long hours boosts the likelihood of depression, a recent study showed. As well, a Canadian study revealed last year that not being appreciated or rewarded on the job increased depression risk in women whereas job strain did in men, reported The Huffington Post.

The Americans with Disabilities Act mandates companies make "reasonable accommodation" for employees with disabilities, WSJ explained. For those with diagnosed depression, these modifications might include flexible work hours or regular therapy sessions. Depression-related absenteeism can cost companies in ways other than lost productivity, like health care utilization, workers' compensation and employee turnover, Gallup noted. The efforts employers are making to improve staff well-being may not be enough to impact these workers' "mental, psychological and emotional health," Gallup indicates.

Strategies that may be effective include providing resources for early diagnosis and treatment, working to remove the stigma around depression in the workplace and educating management about the illness. Engaging employees also goes a long way, as engaged workers, notes Gallup, tend to participate in wellness programs, have better moods on weekdays and feel less stress from long commutes.