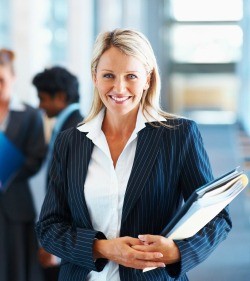 Marissa Mayer. Sheryl Sandberg. Hillary Clinton. With so many women making headlines -- and, perhaps, history -- for their professional successes, one might think the days of pay and advancement gaps in the workplace were a thing of the past. Not so, says a new study. In fact, in some ways, women are actually losing ground.

A new study titled "The Persistence of Male Power and Prestige in the Professions" from the University of California, San Diego's Center for Research on Gender in the Professions examines gender disparities in the workplace, specifically within the prestigious fields of law, medicine, and science and engineering. The verdict: women are still underrepresented in the most powerful sectors and positions despite making major gains in the classroom. They make up 45 percent of law firm associates, for instance, but only 15 percent of partners. They account for only 21 percent of scientists and engineers and 34 percent of physicians, though they make up 91 percent of registered nurses. Women also face a persistent wage gap of about 23 percent.

These trends continue even though women now outpace men in educational attainment and success. The authors warn that even that may be changing, however, as the number of women earning advanced degrees in the aforementioned fields has actually declined steadily since the mid-2000s. Even with the right training, women face a number of cultural barriers contributing to workplace inequality.

"There are a series of interlocking factors that include workplace cultures that privilege men and cognitive biases that shape what we notice and remember about male and female workers," lead author Mary Blair-Loy told Business News Daily. "Even the most well-intentioned people among us default to cultural stereotypes -- that men are more likely to be competent and professional, while women are more likely to be warm and nurturing -- that undermine our efforts to reward talent alone."

Blair-Loy mentioned in a press release that there are a number of ways companies can promote equality in the workplace. "We need to make legal and organizational changes," she said. "Changes must vary "from better access to childcare and greater acceptance of flexible work schedules to more transparent hiring, evaluation and promotion procedures."

Some companies are already leaning in that direction. According to Life Inc., for instance, Coca-Cola recently announced its internal campaign to achieve gender parity across all levels of its business by the year 2020, despite potential challenges in meeting that goal. "This is hard work," Chairman and CEO Muhtar Kent admitted. "It doesn't just happen because you want it to."