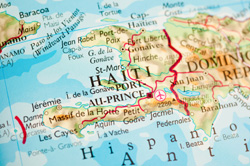 After being disqualified by Haiti's Provisional Electoral Council for the Haitian presidency, hip-hop artist, record producer and Haitian activist Wyclef Jean has a new journey to look forward to. According to a Brown University press release, Jean accepted an appointment as visiting fellow at the university's Department of Africana Studies.

Jean, who helped establish Yele Haiti, a foundation that provided scholarships, trained teachers, repaired schools and organized arts and sports programs throughout the country, will be joining Brown University for the 2010-11 academic year as a visiting fellow for the school's Haitian Initiative. According to a press release, the initiative will expand curriculum at Brown to include advanced Creole courses as well as education in Haitian history, culture and politics. Jean will attend and participate in Haitian Initiative events, lectures, classes and other offerings.

Tricia Rose, professor of Africana studies and department chair told The Providence Journal that one of the goals of Brown's new visiting fellows program is to "create a more dynamic relationship...[and] allow our ideas and research to move into the public arena". To The Brown Daily Herald Rose said, "Visiting fellows allow us to connect learning in the classroom to the broader world."

Rose was excited to welcome Jean and said he was a valuable member of the Brown community. "[Jean's] artistic sensibility and his openness to a wide range of ideas honor the academic tradition we're invested in." Additionally, Rose said Jean's real world experiences and investment in Haiti's future will provide a unique and useful perspective for students when examining the country's history and politics.

According to The Providence Journal, Jean has already attended two Haitian Initiative lectures--one by novelist Edwidge Danticat, a Haitian native and Brown graduate, and another by Paul Farmer, an international public health advocate.

Although Jean's appointment is unpaid, he is still enthusiastic about being a visiting fellow. In the press release Jean said, "I look forward to my time at Brown as a period of learning and reflection. I hope to make a genuine contribution to the rich intellectual community at the University and to its Haitian Initiative in particular."