Yale Threatens Student with Suspension for Being Too Thin 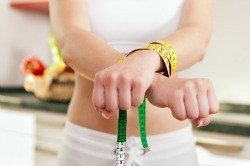 Earlier this year, 20-year-old Yale student Frances Chan chose to speak out after the school relentlessly hounded her to gain weight. It all started in September of last year, when she found a lump in her breast and sought out on-campus resources for help. According to New York Daily News, Frances's visit to a campus clinician revealed that the lump was benign, but led to increased scrutiny of her 92-pound frame. According to an essay Chan wrote in The Huffington Post, the increased focus on her weight led to a series of forced visits with everyone from mental health counselors to nutritionists as they tried to uncover an underlying weight problem that Chan says wasn't there in the first place.

"Since December, I have had weekly weigh-ins and urine tests, three blood tests, appointments with a mental health counselor and a nutritionist, and even an EKG done to test my heart," wrote Chan in The Huffington Post last month. "My heart was fine -- as it always has been -- and so was the rest of my body. So what was the problem?"

The problem, Chan mentioned, is that Yale places far too much emphasis on Body Mass Index (BMI) with little regard to family history or other factors that might keep someone thin. As New Haven Register stated, while BMI is a commonly-used tool for diagnosing general weight problems in adults, it's not the only factor that should be considered.

At first, Chan complied with the school's requests, attending the appointments for blood draws and weigh-ins. She even tried several methods to gain weight, if only to quiet her critics. In fact, Frances admitted in The Huffington Post to embarking on a weight-gain diet that included ice cream and cookie binges and even Cheetos at bedtime.

Chan did finally gain two pounds but was told by Yale clinicians that it wasn't enough. According to doctors at Yale, Chan needed to reach 95 pounds before they would consider her weight healthy enough to continue her schooling. And that's when she cracked. No longer willing to undergo weekly blood draws and urine tests and carbohydrate binges, Chan chose to refuse any additional treatment. But instead of sulking away quietly, she decided to share her story with the hope that it might inspire change.

Because, according to Chan, Yale's current stance on the issue lets Body Mass Index rule over family history and nature, naturally-thin students are forced to undergo needless testing. According to Chan, that's bad policy, and it could be harmful enough to compromise students' mental health.

"No more weigh-ins, no more blood draws. I don't have an eating disorder, and I will not let Yale Health cause me to develop one," wrote Chan in her essay. "If Yale wants to kick me out, let them try -- in the meantime, I'll be studying for midterms, doing my best to make up for lost time."