Young Adults Say They Are Unsatisfied With Their High School Education 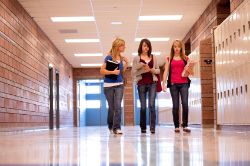 A recent poll shows that young adults feel their high schools did not adequately prepare them for college or a career after graduating.

According to CBN News, a poll of 1,104 adults, ages 18 to 24, revealed that just four in 10 were satisfied with the high school education they received. The survey was conducted by the Associated Press and Viacom in partnership with Stanford University, reported Time.

Most students gave their high schools low marks for not preparing them for college or the workforce. Furthermore, many students stated that high schools need to do a better job of helping students choose the right college or vocational school, assisting them in coming up with ways to pay for school and helping them decide on a field of study. High schools were also dinged for not exposing students to the latest technology.

Young adults also rated their high school teachers and counselors, noted Education Week. Four in 10 students found their teachers to be a lot of help. Meanwhile, three in 10 said their counselors didn't help at all.

Although disappointed by what high school had to offer, some students felt the experience wasn't entirely bad. CBN News pointed out that 56 percent of young adults felt their high school did a good or excellent job of preparing them for further education. Those who went to college or trade school felt even more positive about their high school than those who didn't.

Education Week reported that when it came to college, however, students were a bit more satisfied--six in 10 college students reported being pleased with the education they were receiving.