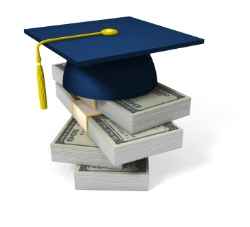 Despite having racked up massive amounts of debt, many young adults are feeling more empowered rather than stressed about the money they owe.

According to Research News, Ohio State University researchers analyzed more than 3,000 young adults aged 18 to 34 and found that the more debt they had, the higher their self-esteem and sense of mastery--the feeling of being in control of one's life and having the belief that one can achieve his or her goals.

"Young people seem to view debt mostly in just positive terms rather than as a potential burden," said Rachel Dwyer, lead author of the study and assistant professor of sociology at Ohio State University.

Researchers examined two types of debt--student loans for higher education and total credit card debt. They hypothesized that educational debt would be seen as an investment in the future and, therefore, positive, whereas credit card debt would be perceived as negative. To their surprise, however, both kinds of debt had a positive effect on young adults.

"It didn't matter the type of debt, it increased their self-esteem and sense of mastery," said Dwyer.

Dwyer speculated that young people felt positive about credit card debt because it helped them buy educational resources such as textbooks and school supplies.

Some people, however, were not as surprised and argued that the results made sense, reported The Vancouver Sun.

"Having access to financing does create a feeling of empowerment," said Craig Alexander, chief economist for Toronto-Dominion Bank. "If you look at a lot of these youths, when they first leave home, they get their first credit card and they're out in the real world as adults. It is very empowering to have greater control over what you're doing with your life."

According to The Huffington Post, some were alarmed by the fact that debt has become so widely accepted.

"How did American culture shift to the point where everyone is totally fine with carrying such large amounts of debt?" questioned Michelle Barnhart, an assistant professor of marketing at Oregon State University.

But that sense of empowerment does not last forever. As Research News reported, once young adults reached the age of 28, signs of stress begin to show as reality started to sink in. Dwyer speculated that young adults may have realized that they overestimated how much money they would be earning.

According to The Vancouver Sun, the study was based on data over several years up to and including 2004, which does not cover the recent economic downturn. Additional research may show less of a positive correlation today.