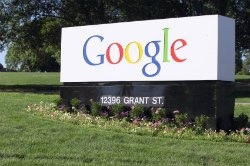 Tech companies, such as Google and Apple, are popular among young professionals for their products and services. However, according to a new survey, this popularity has seeped into their career aspirations, too.

Forbes reports that Google is this year's winner. Just six years ago, the Mountain View, Calif. company was not even on the survey, but it has held either the number one or two spot for multiple majors each year since. This year was no exception. In fact, 49 percent of business and information technology majors named Google their top dream employer. To put this in perspective, engineering students placed NASA at the top of their list, but the space association only claimed 17 percent of responses. Google also ranked among the top five for engineering and liberal arts majors.

But while this year's list includes many of the same major companies featured in previous years -- such as General Electric and Apple -- it was not without a few surprises. Forbes noted, for instance, that financial firms such as J.P. Morgan and Goldman Sachs still poll well among many budding business graduates despite recent economic scandal.

Also surprising is how well many auto companies fared after lagging performances during the recent recession. According to Bloomberg Businessweek, all Big Three American carmakers -- Ford, GM and Chrysler -- surged in the rankings compared to previous years, and companies such as Volkswagen and BMW made sizable gains as well. Damian Zikakis, director of career services at the University of Michigan's Ross School of Business, credits the companies' performances to ramped-up recruiting efforts.

"It seems like the auto companies are making good decisions, and they're making money and listening to their young customers," Zikakis told Bloomberg Businessweek. "They have effective marketing, which helps on the recruiting side because students are more familiar with the product and therefore relate more to the company."

Another contributing factor in the auto industry's survey success is this generation's desire to innovate. Companies like Ford and GM are working to design autos that meet new energy, sustainability and environmental standards.

"Contributing to a better world is something to which young people respond," Tiffani Orange, manager of U.S. recruiting strategy and programs for Ford, told Bloomberg Businessweek. "Young people are going to have the chance to make a difference here."