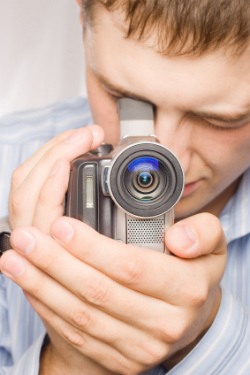 Video-sharing website YouTube has partnered with the University of Southern California and Columbia College Chicago to help aspiring filmmakers improve their digital media skills, reported YouTube in their blog.

The Chronicle of Higher Education reported that both schools will be offering a five-week training program to a total of 20 carefully selected students. According to GigaOM, the program, called the YouTube Creator Institute, will offer traditional storytelling and cinematography classes, as well as training in audience building, monetization and social media to build a brand and increase audiences. David Weitzner, head of the USC program, said in an interview with GigaOM that the idea is to give students a better understanding of the film making process.

"On YouTube or anywhere else--whether it's a two-minute film or 20-minute film--it's still all about storytelling, and you have to begin with that," said Weitzner to The Chronicle of Higher Education.

USC will also stream some of the lectures online so that people around the world can also improve their filmmaking skills.

Elizabeth M. Daley, dean of the School of Cinematic Arts at USC, noted that video-sharing sites such as YouTube now play a huge role in the way students break into the business.

"In the past, the big issue was getting anyone to see your work because you had to lug a film reel around," she said. "Now it's how do you get someone to take the time to watch your work. With everybody able to make something, how do you stand apart?"

According to GigaOM, YouTube competitor Vimeo offered a similar web-based program late last year called Vimeo Video School. The company offered tutorials on how to use various digital devices and lessons on tricks and techniques for creating compelling videos.

"Introducing the stars of the future - on YouTube today," youtube-global.blogspot.com, May 1, 2011