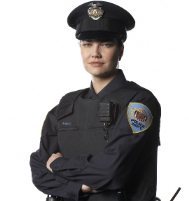 Law enforcement officers, such as police officers, detectives, probation officers, and correctional counselors, usually have extensive training in criminal justice. Many police personnel and detectives learn a great deal of what makes a good cop or inspector through on-the-job training or in a training academy, but many still pursue and complete criminal justice degree programs.

The criminal justice system is made up of three basic parts:

People who study criminal justice, such as police officer candidates, can expect to learn the portions of law that govern criminal behaviors. For instance, police officers train on the rights they have when dealing with suspects.

Police officers are not the only workers who study criminal justice. Criminal justice degree programs can also lead to the following careers: 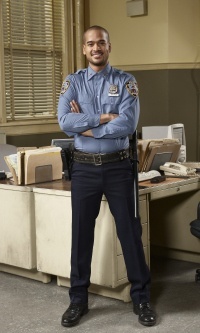 Most police officer criminal justice training programs include a 12- to 14-week academy in which recruits learn constitutional rights and civil law, state and local ordinances, and accident investigation techniques. Recruits also train in traffic control, patrol procedures, and the use of firearms and self-defense.

Fish and game wardens must complete at least two years of college courses in most states and complete an additional three- to 12-month training program. Field training often follows.

Most federal justice agencies require a bachelor's degree as the minimum education level. Each federal agency has specific education and training requirements that can be found on the agencies' websites.

According to the Bureau of Labor Statistics (BLS), over the next eight years, there are expected to be an additional 41,400 police officers and detectives employed in the U.S., and an additional 2,300 criminal investigators for a nationwide police force of more than 1 million. Employment for police and detectives is expected to grow 5 percent nationally from 2012 to 2022, according to the BLS.

Growth is projected to be similar for correctional officers, bailiffs, and jailers -- about five percent across all fields. Still, these fields are expected to add over 45,000 jobs through 2022. Security guards and gaming surveillance officers are expected to add an additional 130,200 positions in the next eight years, a 12 percent increase, the BLS states.