Camera operators shoot videos, television shows, movies and commercials, but their responsibilities can depend on the particular assignment or job. For example, those that work on documentaries, industrial or educational productions may be responsible for all of the shooting and lighting while camera operators employed on other projects could be challenged with additional responsibilities, such as directing.

Most camera operators specialize either in motion pictures or television, while only a small number work in both settings. However, some camera operators are self-employed and find contract work with advertising agencies, documentary filmmakers, independent filmmakers and television networks, while others still could work for trade show and convention sponsors or on individual projects. 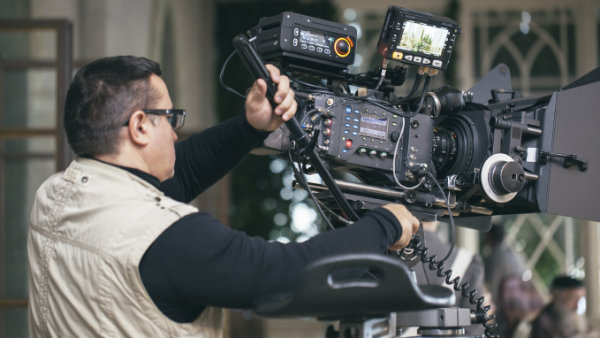 A bachelor's degree is usually needed to enter the film or broadcasting industry, and attending a college or postsecondary program allows you gain technical skills under the guidance of professionals and experts. While many filmmakers may be predominantly self-taught, a formal education could help you to gain practical and theory-based skills.

There are hundreds of great film, art and media schools out there, and to get you started we've compiled a list of a few well-known camera operator and film schools:

Camera operating and film production programs help students to gain important career-ready skills, such as how to use a variety of cameras and systems and to manage the camera to capture images and scenes to evoke specific emotions. In camera operator training programs, you also an learn about pre-production, production and post-production and often will find the opportunity to do an internships or create a project.

A bachelor's degree in film or broadcasting is typically needed to enter the field, although individuals also may be able to gain skills on the job or while taking supplementary classes at a school, which could include a tech institution, community college, college or university. In a degree program, students should learn about:

Certification may be available in a number of different areas, ranging from use of specific types of cameras, such as with the Phantom V-Series Camera Operator Training Certification, or even for underwater camera operation, which typically starts with scuba certification.

Licensing is not needed in the field, but individuals may choose to join a union like the International Cinematographers Guild, which represents camera operators and others in the field, but first requires applicants to have completed at least 100 days of paid work in their specialty.

Below are the work styles involved in being camera operators according to their importance on the scale of 1 to 5 (1 being lowest and 5 being highest).

Listed below are the 10 largest metro areas based on the total number of people employed in Camera Operators jobs , as of 2019

Total employment and salary for professions similar to camera operators

Our Partner Listings
In this guide
Schools by State

We have some additional detailed pages at the state level for Camera Operators.