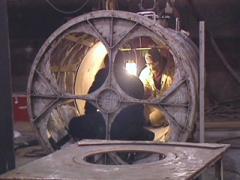 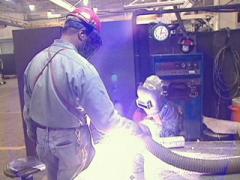 Rough carpenters typically work outdoors and utilize unfinished wood and other materials. They perform tasks such as framing houses, making forms for concrete and construction scaffolding. Finish carpenters may cut and fit doors and interior molding. They may also lay hardwood floors and construct and install cabinets.

Carpentry work can, at times, be strenuous. Due to the material and tools they use and their work situations carpenters risk injury. A lot of carpenters work 40 hours a week, however sometimes they work additional hours.

Carpenters should have good hand-eye coordination, manual dexterity, good balance and be in good physical shape. In addition, the ability to solve mathematical problems is important in the occupation.

The Bureau of Labor Statistics has projected a 12 percent employment growth for carpenters from 2008 to 2018 which is about as fast as average for all occupations. The fluctuations of the economy significantly affect the demand for carpenters.

Experienced carpenters may move up to carpentry supervisor and general construction supervisor positions. Some carpenters become independent contractors. The ability to communicate in English and Spanish is becoming increasingly important for those seeking to advance in their careers.

There are a limited number of apprenticeship programs, thus only a small portion of carpenters are able to learn their trade from these programs. Most apprenticeship programs are provided by industrial and commercial building contractors and construction unions. In addition, some carpenters become members of the United Brotherhood of Carpenter and Joiners of America.

There are numerous private and public vocational schools and training academies that are affiliated with contractors and unions that provide training for carpenters. Employers often view these training programs as beneficial and typically start these students at a higher level than workers without this training.

Schools for Carpenters are listed in the Browse Schools Section.

Below are the work styles involved in being carpenters according to their importance on the scale of 1 to 5 (1 being lowest and 5 being highest).

Listed below are the 10 largest metro areas based on the total number of people employed in Carpenters jobs , as of 2019

Total employment and salary for professions similar to carpenters

Our Partner Listings
In this guide
Carpentry Schools by State

We have some additional detailed pages at the state level for Carpenters.