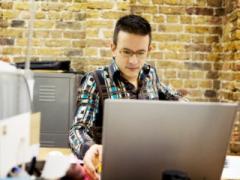 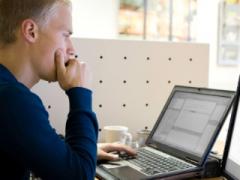 Computer programers write, maintain and test the detailed instructions known as programs that computers follow in order to perform their functions. After the design procedure is finished the programmer has the responsibility to convert the design into a logical series of instructions for a computer to follow. The programmer selects one program language for writing the code. Computer programmers work in a variety of environments such as software companies, information technology departments, consulting companies and service firms.

Programs that utilize complicated mathematical formulas can take more than a year to complete. Often several programmers work together on a computer program. Some simple programs may take only a a few hours or days to write.

Most computer programmers work 40 hours per week. Working in the evenings and on the weekends may occasionally be necessary in order to meet deadlines or fix technical problems. They spend the majority of their time working with a computer terminal. Some analysts telecommute, using computers to work from remote locations. In addition, a computer programmer needs to have technical and analytical skills. They need to be detail oriented and be good at thinking logically.

The median annual salary for computer programmers in 2008 was $69,520. Experienced programmers may move up to a lead programmer position or to a supervisor position.

Often employers prefer candidates that have the ability to work with database systems such as Sybase and Oracle. Traditional computer languages are still important, however employers are placing an emphasis on the newer object-oriented computer languages and tools including Java and C++. Employers are also looking for candidates that have knowledge with fourth and fifth generation languages that involve systems programming and graphic user interface.

Due to rapid changes in technology, programmers update their knowledge and skills by continually taking courses provided by their employer or software vendors or schools. Certification demonstrates a level of competence and can give a job seeker a competitive advantage. Language specific certificates and product specific certificates are available. National certification courses are provided for most of the popular computer languages such as C++, XML and Java.

Schools for Computer Programmers are listed in the Browse Schools Section.

Below are the work styles involved in being computer programmers according to their importance on the scale of 1 to 5 (1 being lowest and 5 being highest).

Our Partner Listings
In this guide
Computer Programming Schools by State

We have some additional detailed pages at the state level for Computer Programmers.