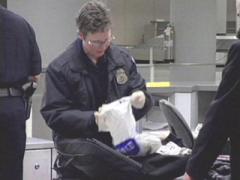 Criminal Investigators are individuals who are responsible for investigating suspected criminal violations of law at the Federal, state, or local levels. Typically, the goal of their efforts is to arrive at a determination of whether there is sufficient evidence to recommend prosecution for an alleged crime. Criminal investigators are employed by a wide variety of law enforcement agencies, some of which have a very narrow scope (e.g., game wardens) and others which cover a far more general set of laws (e.g., a local Sheriff's office). It is safe to say that investigators are needed wherever crimes are committed.

At the Federal level, there are numerous agencies that employ criminal investigators. The Federal Bureau of Investigation (FBI), as the nation's principal investigatory agency, is responsible for conducting sensitive national security investigations and for investigating violations of hundreds of statutes. The U.S. Immigration and Naturalization Service (INS) protects the nation's land and water boundaries and employs investigators to address the unlawful entry of undocumented foreign nationals into the United States and the smuggling of contraband. The U.S. Drug Enforcement Administration (DEA), as the lead agency for enforcement of Federal drug laws, often conducts complex criminal investigations involving surveillance of criminals and infiltration of illicit drug organizations. The Bureau of Alcohol, Tobacco, and Firearms (ATF) investigates violations of Federal firearms and explosives laws and also violations of Federal alcohol and tobacco tax regulations. Other Federal agencies which conduct investigations of crime include the U.S. Forest Service, the U.S. Postal Service, the National Park Service, and the branches of the military.

In a nutshell, a criminal investigator's job is to plan and execute investigations. A profile of an investigator's daily routine might include interviews with suspects, victims, and witnesses. It might also include gathering evidence and information associated with the crime being investigated. Depending on an investigator's specialty, he/she may focus on cyber-evidence, fingerprints, or DNA. Investigators are frequently required to appear in court to give evidence and/or testimony.

An investigator's responsibilities often depend on for whom he/she works. An FBI investigator will conduct surveillance, monitor court-authorized wiretaps, track the interstate movement of stolen property, examine business records, collect evidence of activities related to espionage, or participate in sensitive undercover assignments. Crime scene investigators will first secure a crime scene using ropes, barricades, guards, or some other means before conducting a search for all objects that might be considered evidence. They then collect this evidence and properly package it, and follow up by writing detailed reports, preparing accurate sketches and diagrams, and using professional photographic techniques to record the crime details.

A summary of the responsibilities of a typical criminal investigator might include any or all of the following:

The working conditions for a criminal investigator are largely dependent on where and for whom the investigator works. Investigators who work for local law enforcement agencies usually work 40-hour weeks, although paid overtime is common. In this type of setting, there is frequently a requirement to work weekends, holidays, and nights. Crime scene investigators in particular are expected to respond to emergency calls whenever necessary 24 hours a day. Investigators who work for Federal agencies are often required to travel extensively, many times on very short notice. Some investigators employed by agencies such as the U.S. Border Patrol work outdoors in all kinds of weather and occasionally endure rugged terrain for long periods of time.

Criminal investigators must be detail-oriented and thorough. Most of them are required to be physically fit and some of them must be qualified to operate firearms. Investigators must be able to communicate effectively, both orally and in writing. The need to provide court testimony and to accurately document the details of an investigation makes effective communication a principal attribute of the job.

According to the U.S. Department of Labor Bureau of Labor Statistics (USDL BLS), job employment is expected to grow at a faster rate than the average for all occupations. Heightened security concerns, a steady increase in litigation, and proliferation of criminal activity at all levels will fuel this job growth. A notable trend helping boost the demand for investigators is the proliferation of Internet-related crime such as identity theft, spamming, e-mail harassment, and illegal downloading of copyrighted materials. On a larger scale, a growth of worldwide financial activity will increase the demand for investigators to control internal and external financial losses and to deal with financial crime.

Each agency has its own set of educational requirements and qualifications for the job of criminal investigator. Generally speaking, most employers look for a minimum of a bachelor's degree in a relevant subject such as criminal justice administration or police science. This is especially true at the Federal level. Advancement in the profession will often require more than a bachelor's degree, and specialties such as cybercrime will require coursework in relevant topics such as information technology (IT). The best course of action for a prospective criminal investigator is to contact specific agencies with whom employment is desired in order to establish exactly what their requirements are.

Most careers in criminal investigation do not require certification, although certification is always helpful in terms of both gaining employment and also performing the job well. One example of an available certification in the field is the Board Certified Criminal Defense Investigator (or CCDI) credential, awarded by the Executive Council of the Criminal Defense Investigation Training Council. The CCDI designation is awarded to professional criminal investigators who have met the requisite training and experience requirements as outlined by the Council. These include a combination of experience (proof of a minimum number of comprehensive assignments), coursework, and/or the ability to pass a written test. The International Association for Identification (IAI) offers a certification for crime scene investigators which can be earned at three successive levels: Certified Crime Scene Investigator (CSI),Certified Crime Scene Analyst (CSA), and Certified Senior Crime Scene Analyst (SCSA).

Criminal investigation is a diverse and wide-spanning field, with a broad base of employers. These employers are both public and private and exist on a number of levels. At the private level, most investigators are either self-employed or work for investigation and security services. Most investigators are employed at the public level and work for local, state or Federal law enforcement organizations. Roughly half of the publicly-employed investigators work at the local level, and about one third of them are employed by the Federal government.

Schools for Detectives And Criminal Investigators are listed in the column to the left.

Below are the work styles involved in being detectives and criminal investigators according to their importance on the scale of 1 to 5 (1 being lowest and 5 being highest).

Listed below are the 10 largest metro areas based on the total number of people employed in Detectives and Criminal Investigators jobs , as of 2019

Total employment and salary for professions similar to criminal investigators

Our Partner Listings
In this guide
Criminal Investigators Schools by State

We have some additional detailed pages at the state level for Detectives and Criminal Investigators.