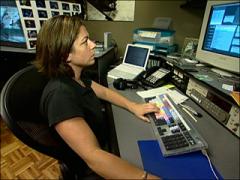 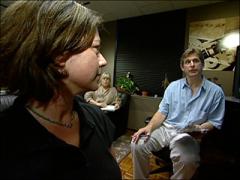 As key members of a film staff, Film and Video Editors are highly skilled technicians who, through editing, are responsible for the quality and distinctive technical elements of a soundtrack, film, or video. They work with agencies or production companies in the motion picture, cable, and broadcast television industries.

Typically, any one scene is shot many times and from different angles. It is the Editor's responsibility to view each scene and select, combine, and sequentially reassemble the best performance, photography, timing, and consistency. Before an Editor can begin their work, however, they:

Having a clear understanding of expectations is crucial for an Editor, as it drives how they will do their job to successfully meet the vision of the film's creators.

Today, most television and film Editors use computers, computer software, and non-linear digital editing systems (enables random/direct access to any frame in a video clip) to perform their job. Such systems and technologies provide an Editor with the flexibility to make a variety of edits (e.g., reassemble and/or remove parts of a film and move scenes to various locations) to produce a fluid, impactful, and entertaining story. While using computers provides tremendous advantages, some Editors still cut film or videotape and reassemble them; an Editor may guide/oversee individuals who perform these tasks.

In their work, Editors also determine and insert dialogue, music, and sound and special effects (using editing equipment), and work with professionals who specialize in these areas. Once all edits are completed, required corrections are made, and several more review and edit cycles are done until final approvals have been reached.

Editors who specialize in specific areas of television or film may work on editing music videos, commercials, or educational/instructional films. Others may specialize in the creation of soundtracks (i.e., the audio portion of a film; music and/or dialogue) and larger projects such as documentaries or feature-length movies.

Editors generally work on a set schedule during a 40-hour workweek, but may work long and/or irregular hours in order to meet deadlines, which may extend their workweek to 60 hours. Any overtime work is typically paid at time-and-a-half, or double-time. Furthermore, Editors generally receive up to four times their hourly rate for work performed over 12 consecutive hours on holidays and weekends. It is not uncommon for an Editor to be without work between projects.

Editors always work indoors in projection rooms, cutting rooms, and shooting stages, all of which are well lit and ventilated. While they often work with co-workers (sharing the same office space), they generally spend much of their editing time working alone; they also collaborate with the film creators.

While July through February is peak-hiring season for the television industry, there is no peak-hiring season in the motion picture industry. Employment in this industry varies greatly due to weather conditions, release dates, and actor commitments. Educational and industrial film Editors generally do not experience fluctuations in hiring.

Most Editors are members of the Motion Picture and Editors Guild (MPEG) - a Local 700 of the International Alliance of Theatrical Stage Employees (IATSE).

Requirements for this job include:

An individual in this profession is expected to possess and/or display many of the following skills, traits, and attributes:

The U.S. Department of Labor Bureau of Labor Statistics (USDL BLS), which combines employment forecasting for Editors with camera operators, projects that employment is "expected to grow 12 percent over the 2006-16 decade, which is about as fast as the average for all occupations through 2016." They further anticipate that "television, video, and motion picture camera operators and editors can expect keen competition for job openings." This is due to the large number of people looking to enter the motion picture and broadcasting industries, where the majority of these professionals are employed.

Individuals in this profession generally learn their skills through formal, postsecondary training programs from universities, colleges, or vocational schools. Achievement of a bachelor's degree is generally required and must include film courses in all aspects of filmmaking; this is most helpful for apprentice Film Editors. While not an education requirement, having attended film school can be of great value. Additionally, having worked in the film department in a college or university is also considered most helpful in gaining experience and skills.

There are also Editors who gain their experience as an assistant or apprentice under the tutelage of an experienced Editor. Training in this fashion typically takes several years. Regardless, new Editors in a job (i.e., those with skills), generally receive on-the-job training that can take up to three months.

It is important that Editors, at all levels of experience, keep abreast of the various changes and technological advancements in this profession. As such, they may be required to attend formal film editing courses since there is little to no time to learn new advancements while on-the-job.

Certification and licensure is not a requirement for individuals in this profession.

Schools for Film And Video Editors are listed in the Browse Schools Section.

Below are the work styles involved in being film and video editors according to their importance on the scale of 1 to 5 (1 being lowest and 5 being highest).

Listed below are the 10 largest metro areas based on the total number of people employed in Film and Video Editors jobs , as of 2019

We have some additional detailed pages at the state level for Film and Video Editors.