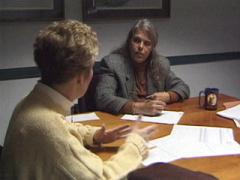 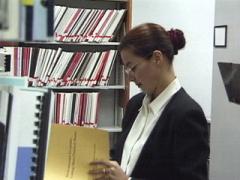 Lawyers serve as the connection between the legal system and society in a variety of ways. Lawyers serve as advocates and advisors to their clients. In the role of an advocate, they provide representation for one of the parties in a civil or criminal trial. They offer evidence and make arguments in court on behalf of their client. As an advisor they offer advice regarding their client's legal rights and obligations. Lawyers also recommend specific courses of action. Lawyers research and examine the intent of the applicable laws, the relevant judicial decisions and precedents (prior interpretations of laws) and apply their analysis to their client's situation.

A large number of lawyers specialize in a particular area of the law including criminal, insurance, real estate, intellectual property, environmental and divorce. Some lawyers practice corporate law which often involves obligations, responsibilities and rights in business transactions. Regarding trial lawyers, they must be very knowledgeable with the rules of the courtroom. However, they spend the majority of their time researching, conducting interviews with clients and witnesses and taking care of various details for court cases. Lawyers also work for legal aide societies.

Many lawyers have private practices and concentrate on civil or criminal law. Lawyers handling civil law cases help clients with issues such as contracts, mortgages, trusts, wills, titles and leases. Lawyers handling criminal law cases provide representation to individuals who have been charged with crimes and represent them in court. In addition, lawyers may specialize in public interest cases which can be either civil or criminal.

Lawyers spend a substantial amount of time in offices, courtrooms and law libraries, although the Internet and legal databases are also valuable sources of information. Lawyers sometimes make visits to prisons and hospitals. Traveling is often part of the job due to attending meetings, collecting evidence, appearing in court and in front of other authorities.

Lawyers who earn a salary typically have structured work schedules. Lawyers who work in private practice often have irregular working hours. Also, they sometimes have to work significantly more than 40 hours per week. In addition, lawyers sometimes have to deal with heavy pressure when their case is being tried.

According to government statistics, in 2006 there were about 761,000 lawyer positions. About 27% of the lawyers were self-employed or practicing as a partner in a law firm. According to the U.S. Bureau of Labor Statistics, the growth rate for lawyers will be about 11% from 2006 to 2016, which is about the average for all occupations. However, the growth rate for self-employed lawyers is projected to grow at a slow rate.

The growing population and higher level of business activity is projected to create more legal transactions, criminal cases and civil disputes. However, some law firms and corporations may not hire lawyers during a recession, yet their is typically a need for lawyer services during a recession for bankruptcies, divorces and foreclosures. In addition, lawyers are taking jobs where legal training is useful but not required such as management and administrative positions.

Competition for lawyer positions is expected to be strong due to the large number of graduates from law schools each year. Graduates with top-notch academic records from prestigious law schools will have the best opportunities to find employment. In addition, some of the work typically done by lawyers is being performed by accounting firms and paralegals.

The median annual earnings for wage and salaried lawyers combined in 2006 was $102,470. The salaries of experienced lawyers vary widely according to the size, location and type of employer.

The educational requirements for lawyers usually include a four-year college degree and three years of law school. In addition, federal courts and some agencies have their own qualifications for lawyers that practice law before them.

Being admitted to a law school depends on numerous factors including undergraduate grades, the quality of the undergraduate school, prior work experience and how well the applicant performed on the Law School Admission Test (LSAT). Also a personal interview is a factor for some law schools. All law schools which have been approved by the American Bar Association require applicants to take the LSAT. In addition, some law schools offer advanced law degrees and joint degree programs in numerous subjects.

Lawyers must be licensed or admitted to the state bar in the states they have selected to practice law in. All states require that applicants seeking admission to the bar pass a written bar examination. In addition, most states also require applicants to pass a separate written ethics examination. In order to take the bar examination most states require the applicant to have a college degree and graduate from a law school which has been accredited by the American Bar Association or the proper state authorities. Many jurisdictions require law school graduates to pass the Multistate Professional Responsibility Examination.

Schools for Lawyers are listed in the Browse Schools Section.

Below are the work styles involved in being lawyers according to their importance on the scale of 1 to 5 (1 being lowest and 5 being highest).

Listed below are the 10 largest metro areas based on the total number of people employed in Lawyers jobs , as of 2019

Total employment and salary for professions similar to lawyers

Our Partner Listings
In this guide
Law Schools by State

We have some additional detailed pages at the state level for Lawyers.