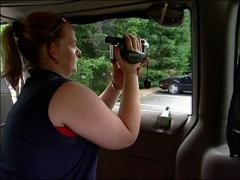 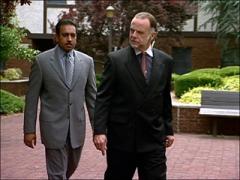 A Private Detective (also known as a Private Investigator or PI) is an individual who conducts investigations and collects information, most of the time on behalf of private citizens or corporations not affiliated with the police or any branch of government. Some private detectives prefer to be called Professional investigators or Licensed Private Investigators (LPIs). Private detectives sometimes solve mysteries by collecting and piecing together small clues. More typically, they are involved in uncovering facts about legal, financial, or personal matters; providing assistance in criminal and civil liability cases; investigating insurance claims and fraud; or conducting individual background profiles.

There is a wide variety of specialization and concentration within this profession. Some detectives specialize in computer crimes, such as identity theft, harassing e-mails, and illegal downloading of copyrighted material. Others focus on the preparation of criminal defenses, work for corporations that need to conduct internal or external investigations, support large financial transactions, or investigate insurance claims and fraud. Detectives are often involved in providing assistance in criminal and civil liability cases, child custody and protection cases, missing persons cases, and investigation of individuals for any number of reasons.

Private detectives and investigators often enter the profession with prior experience in other occupations under their belts. Many begin second careers as private detectives after retiring from law enforcement, the military, or government investigative or intelligence jobs. Some others leverage their previous experience at jobs in the finance, accounting, insurance, commercial credit, investigative reporting, and law sectors.

Private detectives carry out their responsibilities in a variety of ways. A great deal of their work is done using a computer: conducting database searches, uncovering personal information (e.g., prior arrests, telephone numbers, motor vehicle registrations, association memberships) or recovering deleted files. Even more involves making phone calls, interviewing people, visiting neighborhoods or worksites, or in some cases taking on a fake identity in order to gather information or observe a subject inconspicuously. Most detectives are trained in the art of physical surveillance, which involves remote observation of an individual or a site using cameras, binoculars, and cell phones from an inconspicuous location. In any of these scenarios, the private detective must always be fully cognizant of the law and work within its boundaries. He/she must also know how to collect evidence in a manner which will not compromise its future admissibility in court.

Actual duties of private detectives depend on the needs of their client. The profession encompasses a wide variety of clientele categories and a number of specializations. Some of the more common specialties include the following:

Other responsibilities that often fall into the lap of private detectives include the following:

Work hours for private detectives are variable but often irregular; early morning, evening, weekend, and holiday work is common. Many of them spend a great deal of time away from office-type environments conducting interviews or doing surveillance, although some tend to spend more time working in their office doing computer searches and/or making phone calls. Some of the work in this profession can be stressful and dangerous. Although there are situations which call for detectives to be armed, most of the time a weapon will not be necessary because most of the work focuses on information gathering as opposed to law enforcement or criminal apprehension.

Not everyone has the personality traits required to be a good private detective. Those who are successful in the profession are confident, persistent, assertive, and do not fear confrontation. Ingenuity and the ability to think on one's feet are also very important. Good reasoning ability is a valuable asset and a working knowledge of relevant laws is crucial. Business and marketing skills are also important to those who aspire to establish their own investigation agency. Communication is a highly significant aspect of the job and an ability to communicate well is vital. Private detectives are often called upon to interview, interrogate, and be able to present testimony in court in a manner that a jury will believe. Communication in the form of writing skills is no less important. Most detective work involves frequent professional-quality report-writing.

According to the U.S. Department of Labor Bureau of Labor Statistics (USDL BLS), private detective and investigator jobs are projected to grow at a faster than the average rate as compared to other occupations. An increasing emphasis on security combined with a trend towards increasing litigation will fuel this job growth. The proliferation of "electronic" crime (e.g., e-mail harassment, identity theft, spamming, etc.) and the increasing demand for employee background checks by businesses will further contribute to future PI employment. A mitigating factor for those seeking employment in this field is a high expectation of competition for jobs. Private detective careers tend to attract large numbers of qualified job applicants, including relatively young retirees from military and law enforcement careers.

Computer forensic investigators are expected to enjoy particularly good opportunities for future employment. Another excellent specialization for job-seekers will be entry-level positions in detective agencies or stores. This will be especially true in large chain and discount stores that hire detectives on a part-time basis.

Although there are no formal educational requirements for most private detective jobs, a candidate needs to realize that a large number of his/her competitors for jobs in this field already have a military or law enforcement background. Most others hold college degrees. For this reason, it is important to achieve some level of formal education and training. An associate or bachelor's degree in business, criminal justice, or police science is a valuable asset for entry into this profession. For those who wish to specialize in computer forensics work, a computer science or accounting degree is even more helpful than a criminal justice degree. Those wishing to become corporate investigators will need at least a bachelor's degree, preferably in a business-related field. Many corporate investigators either hold a master's degree or are already CPAs. There are presently many schools and academies, including distance learning schools, which offer private investigation training.

The majority of states (over 40 of them) require private detectives and investigators to be licensed. In the few states where there is currently no state licensing law, local jurisdictions (counties or cities) sometimes require a license. Also, any detective who conducts business in more than one state should strongly consider acquiring a license in all states in which business may be conducted. Licensing requirements vary by state. Information on local licensing requirements can be obtained from the individual state's Department of Public Safety, Division of Licensing, or police headquarters. A detailed list of licensing requirements by state can also be found here.

Some detectives enhance their credentials by obtaining certification from a professional organization. The National Association of Legal Investigators confers the Certified Legal Investigator designation to licensed investigators who devote a majority of their practice to negligence or criminal defense investigations. In order to earn this certification, detectives must meet certain requirements relating to experience, education, and continuing-training. They must also pass written and oral examinations. ASIS, a trade organization for the security industry, offers the Professional Certified Investigator certification. In order to qualify, applicants must have a high school diploma or equivalent with five years of investigations experience. There is also an exam which must be passed to earn this credential.

About one of every three private detectives is self-employed, working either full-time or part-time. Another one of three works in a private detective agency or some other type of investigation and security service. Other employers of PIs include department stores, government agencies, legal services firms, insurance agencies, banks and other credit establishments, and employment services companies.

Schools for Private Detectives And Investigators are listed in the column to the left.

Below are the work styles involved in being private detectives and investigators according to their importance on the scale of 1 to 5 (1 being lowest and 5 being highest).

Listed below are the 10 largest metro areas based on the total number of people employed in Private Detectives and Investigators jobs , as of 2019

Total employment and salary for professions similar to private detectives

Our Partner Listings
In this guide
Private Detectives Schools by State

We have some additional detailed pages at the state level for Private Detectives and Investigators.