Incorporated in 1888, Redlands derived its name from the color of the area's adobe soil. Once part of the Spanish Mission lands, the city traces its roots to the planning of Frank E. Brown and E. G. Judson, Easterners who met in Southern California in the late 19th-century and envisioned the creation of an idyllic agricultural and residential community. Located in an ideal climate for citrus production, Redlands soon began calling itself the Navel Orange Capital of the World. The early 20th century arrival of the Pacific Electric Railroad to the area brought a higher degree of prosperity to the city, which started becoming known also as a vacation destination. Much of the city's history is still in view today in downtown Redlands, whose State Street is largely comprised of beautiful historic buildings and locally-owned boutiques and shops.

Things To Do In Redlands

The city of Redlands is replete with cultural, artistic and historical sites, and is also home to many annual events. The San Bernardino County Museum houses unique cultural and natural science collections related to the local region and the greater Southwest. The museum features displays of pioneer life, Indian relics, minerals and fossils and much more. The Kimberly Crest House & Gardens is a picturesque French chateau style home built in 1897. A well-preserved example of the Victorian Era in California, the 7,000 square-foot, three-story edifice is enjoyed by thousands of visitors annually. The Lincoln Memorial Shrine, the only site of its kind dedicated to Abraham Lincoln and the American Civil War west of the Mississippi, was built in 1932. Located in Smiley Park, the Shrine contains art, manuscripts, photographs, artifacts and books on Lincoln and his life and times. The Historical Glass Museum houses displays of thousands of examples of American glassware dating from the early 1800s. Events in the city include the Redlands Bicycle Classic, a springtime event begun in 1985. This 4-day event, which covers over 350 miles, draws bicyclists from around the nation and includes many worldwide professionals and spectators as well. Other annual events include the Redlands Bowl Summer Music Festival, the Run through Redlands, the Easter Egg Hunt and Spring Eggstravaganza and the Redlands Shakespeare Festival. 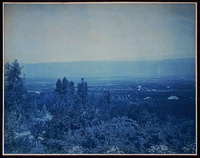 Are you an official in the Redlands government or quasi-government agency such as the chamber of commerce, visitors bureau or economic development council? If so, visit our information page for government officials to see how CityTownInfo can support you.