The area was originally inhabited by the Tongva people. In 1771 Mission San Gabriel Arcangel was established. The mission had a primary role in the Spanish colonial society. A vast number of the initial Mexican settlers were baptized at the mission. The city was incorporated in 1913. The San Gabriel Valley was a prominent agricultural region, however, most of the valley has been developed and is regarded as a suburban area. 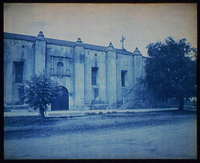 Are you an official in the San Gabriel government or quasi-government agency such as the chamber of commerce, visitors bureau or economic development council? If so, visit our information page for government officials to see how CityTownInfo can support you.