San Juan Capistrano, California, in Orange county, is 3 miles SE of Laguna Niguel, California (center to center) and 20 miles SE of Santa Ana, California. The city was established near the Mission San Juan Capistrano. A large number of houses and strip malls have Spanish style architecture. There is a wide variety of homes, including multi-million dollar mansions in gated communities, homes constructed before 1900, 18th century adobes and ranches situated in the foothills.

Los Rios is regarded as one of the oldest residential neighborhoods in California. The city is well known for the yearly migration of the Cliff Swallows from Argentina to Mission San Juan Capistrano. Approximately 40% of the land is open space and parkland.

The Mission San Juan Capistrano was founded in 1776. During this time the Acjachemen Indians lived in the region. The mission was established as part of a plan to colonize California and to bring the Indians into the Spanish culture. After the mission was constructed, cultivated fields and granaries were established and ceramics, bricks and tiles were produced. The area had the first vineyard and winery in California. During the 1850's the community was a popular stopping location for pioneers and gold prospectors.

The Mission San Juan Capistrano has been ranked as a Minor Basilica. Approximately half a million people visit the mission each year. It's well known for the "Return of the Swallows" which is observed every year on March 19th. The mission has been a subject for prominent artists and has been mentioned in numerous books and shown in films. A modern church complex is located near the old mission. The city has numerous other attractions including:

The Ronald W. Caspers Wilderness Park is a large acreage, located among the river terraces and canyons in the Santa Ana Mountains. The park features hiking and equestrian trails and picnic areas. The scenic Cleveland National Forest has numerous hiking trails and campgrounds.

Doheny State Beach offers camping areas and is popular for surf fishing. The close by San Clemente Beach is used for a variety of activities and includes hiking trails on the bluffs. The Dana Point Harbor and San Clemente pier are nearby. There are numerous quality golf courses in the area. 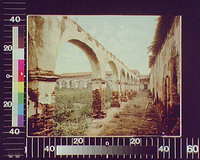 Are you an official in the San Juan Capistrano government or quasi-government agency such as the chamber of commerce, visitors bureau or economic development council? If so, visit our information page for government officials to see how CityTownInfo can support you.