Sonoma was originally inhabited by the Coast Miwok, Pomo and Wintun Native Americans. The city derived its name from an Indian term meaning "nose." The Spanish were the first to explore the area. It is the birthplace of the American California and the Bear Flag was first raised in this city on June 14, 1846. Sonoma was incorporated on September 3, 1883.

Sonoma and Nearby Attractions

Things To Do In Sonoma

Sonoma County Airport is nearby. 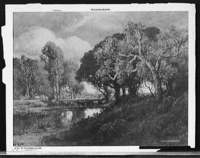 By the creek between 1900 and 1920
Additional Resources

Are you an official in the Sonoma government or quasi-government agency such as the chamber of commerce, visitors bureau or economic development council? If so, visit our information page for government officials to see how CityTownInfo can support you.