Fort Oglethrope has a long history of military rule, as it was once the home to a military facility. By 1946, Fort Oglethrope had become a surplus property and was soon divided and distributed to the public. The city was founded and incorporated in 1949, and became the first city to be established in Georgia in 25 years.

Fort Oglethorpe and nearby Attractions

Things To Do In Fort Oglethorpe

The Chattanooga Regional History Museum and the Sixth Cavalry Museum are nearby. Local parks and recreational spots include the Chattanooga Zoo at Warner Park, the Tennessee Aquarium and the Lake Winnepesaukah Amusement Park. Ruby Falls is a popular local spot as well.

Local colleges and universities include Fort Oglethorpe by the Covenant College, the Temple Baptist Seminary and the Tennessee Temple University. 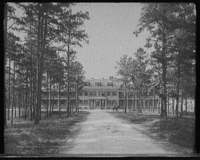 Are you an official in the Fort Oglethorpe government or quasi-government agency such as the chamber of commerce, visitors bureau or economic development council? If so, visit our information page for government officials to see how CityTownInfo can support you.