Batavia, Illinois, in Kane county, is 7 miles N of Aurora, Illinois (center to center) and 34 miles W of Chicago, Illinois. The city is in the Chicago area.

Batavia was first settled in 1833. Christopher Payne was one of its early settlers. At that time, the area was known as the "Head of Big Woods." Judge Isaac Wilson renamed the area Batavia, after his native land in New York. Though there were several windmill factories and farms in Batavia, the Newton Wagon Company was the first large factory built in this area in 1854.

Batavia and nearby Attractions

Things To Do In Batavia

Batavia offers a number of recreational facilities for its residents and visitors. The Big Woods Park, Prairie Lathem Park, Highlands Park, Engstrom Park, Vanburen Park, and Quarry Park are some of the local parks. The Holy Cross Church and the amusement park, at the Funway Ultimate Entertainment Center, are worth visiting. The Braeburn Marsh County Forest Preserve offers several scenic trails. 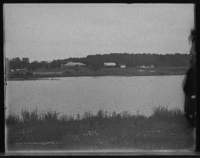 Are you an official in the Batavia government or quasi-government agency such as the chamber of commerce, visitors bureau or economic development council? If so, visit our information page for government officials to see how CityTownInfo can support you.