Lemont, Illinois, in Cook county, is 1 mile SE of Bolingbrook, Illinois and 24 miles SW of Chicago, Illinois. The village is in the Chicago area.

The village of Lemont was settled in 1836, when the Illinois and Michigan Canal was being planned and constructed. The village was created to provide support services that were required in the construction of the canal. Limestone quarrying became the main industry of Lemont, and contributed significantly in its development. Many of the earlier buildings were built from limestone and exist to this day. Lemont was officially incorporated in 1873.

Lemont and nearby Attractions

Things To Do In Lemont

The Cog Hill Golf and Country Club, which is the home of PGA tour’s BMW Championship, is located in Lemont. There are thousands of acres of forest preserves surrounding Lemont, which have about 65 miles of biking and hiking trails.

Lewis University, Benedictine University and Moraine Valley Community College are some of the educational institutions around the area. 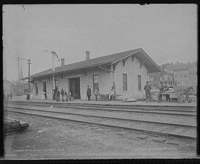 Station of the Chicago and Alton Railroad between 1900 and 1910

Station of the Chicago and Alton Railroad between 1900 and 1910

Are you an official in the Lemont government or quasi-government agency such as the chamber of commerce, visitors bureau or economic development council? If so, visit our information page for government officials to see how CityTownInfo can support you.