The Illinois town of Normal, located in McLean County, was originally known as North Bloomington before its incorporation in 1865. The derivation of the town's name came from the term used to describe the type of school being set up in the town around that time. The general name for all schools designated as teacher’s colleges was a "normal" school, and this is what the new state university (and later the town itself) was called upon its opening in the town in 1861. In later years, this school would no longer be a teachers-training college but would instead become a multipurpose university and would come to be known as Illinois State University.

Normal is adjacent to the city of Bloomington and the two are often linked together as the "Twin Cities." The town is also situated 133 miles southwest of Chicago, to which it is connected by Interstate-55. Other nearby cities are Peoria (38 miles to the west) and Champaign (53 miles to the southeast). The town is also serviced by Interstates 39 and 74. Normal is home to Illinois State University, and Illinois Wesleyan University is in neighboring Bloomington.

Area Attractions in and around Normal

The downtown area of Normal was recently made the home of the new Children's Discovery Museum, featuring three floors of unique hands-on exhibits. The district is also home to the historic and non-profit Normal Theater, a 1937 theater restored in Art Deco motif showing classic and independent films. Other attractions in the Normal-Bloomington area include:

Collegiate sports fans can follow their sport locally with the Illinois State University Redbirds, a Division I athletic program. The Redbirds football team competes in the Gateway Football Conference while most of the other Redbird teams compete in the Missouri Valley Conference. At one time, Illinois State fielded teams nicknamed the Cardinals, but a local sports editor changed the nickname to Redbirds to avoid confusion with the St. Louis Cardinals in newspaper headlines.

Fans of Minor League Baseball can enjoy games played locally by the Bloomington Soy Sox, an independent team which plays in the Upper Mississippi Baseball League (UMBL). For the price of a drive lasting only a little longer than two hours, fans can find major league action galore in the city of Chicago, home to the following teams: 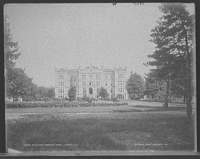 Are you an official in the Normal government or quasi-government agency such as the chamber of commerce, visitors bureau or economic development council? If so, visit our information page for government officials to see how CityTownInfo can support you.