The first European to settle in the area was Elijah Buell. He constructed a log cabin in 1835 and founded the Lyons town. This town was named after the French city of Lyons. Later on, the town was merged with Clinton. Joseph Bartlett platted Clinton as the town of New York in 1836. The first plat of the city was signed in 1855. In 1857, the city was chartered.

Clinton and nearby Attractions

Things To Do In Clinton

Clinton is home to many parks and playgrounds such as the Eagle Point Park, River View City Park, Four Square Park, and Edwin P Neubauer Park. Shopping is a fun activity at the Clover Hills Shopping Center and the Clinton Plaza West Shopping Center too. Soaring Eagles Nature Center and the Clinton County Historical Society Museum are other notable locations that the tourists can visit. Every year several festivals such as the Art in the Park and Riverboat Days are hosted by the city of Clinton.

Mount St. Clare College is located in Clinton. The other higher education institutes which can be attended from Clinton include the Black Hawk College, Saint Ambrose University, and Augustana College. 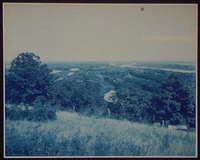 Are you an official in the Clinton government or quasi-government agency such as the chamber of commerce, visitors bureau or economic development council? If so, visit our information page for government officials to see how CityTownInfo can support you.