This area was referred to as Sagadahoc by the Abenaki Indians, meaning "mouth of big river." Bath officially became a part of Georgetown in 1753. It was incorporated as a town in 1781. Bath was reincorporated as a city in 1847. It became the county seat of Sagadahoc County in 1854.

Bath and nearby Attractions

Things To Do In Bath

The Bath Waterfront Park and South End Park come with several recreational facilities, making both frequented by residents and tourists. Winnegance Lake and Popham Beach are popular local recreational spots. The Maine Maritime Museum is a great place to learn about shipbuilding, seafaring and seatrade. The city is also known as the City of Ships. The Autumn Fest and the Heritage Days Festival are celebrated in the city every year.

Portland International Airport is nearby. 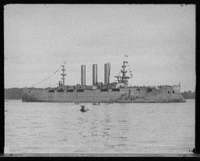 Are you an official in the Bath government or quasi-government agency such as the chamber of commerce, visitors bureau or economic development council? If so, visit our information page for government officials to see how CityTownInfo can support you.