South Portland, Maine, in Cumberland county, is 1 mile SE of Portland, Maine and 97 miles NE of Boston, Massachusetts. The people of the city are in the Portland metropolitan area.

South Portland and nearby Attractions

Things To Do In South Portland

Local parks include Mill Creek Park, Willard Square and Hinckley Park. Golfers can enjoy a round at the South Portland Municipal Golf Course or at the Sable Oaks Golf Club. The Portland Harbor Museum is nearby as well. Local shopping centers include the Mall Plaza Shopping Center, the Cornerbrook Shopping Center and Maine Mall. 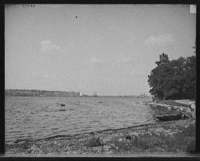 Portland between 1890 and 1910
Additional Resources

Are you an official in the South Portland government or quasi-government agency such as the chamber of commerce, visitors bureau or economic development council? If so, visit our information page for government officials to see how CityTownInfo can support you.