Founded in the mid-1600s, Annapolis is the capital of the State of Maryland. Annapolis is part of the Baltimore-Washington metropolitan area.

Annapolis is located near the entrance to the Chesapeake Bay, on the Severn River. It is approximately 40 minutes southeast of Baltimore, Maryland, and 40 minutes northeast of Washington DC. While there are no Fortune 1000 companies located in Annapolis, nearby Baltimore and Washington DC are home to almost 10 Fortune 1000 company headquarters. Annapolis is home to the United States Naval Academy.

In this guide
Additional Details
Our Partner Listings
Historic Annapolis 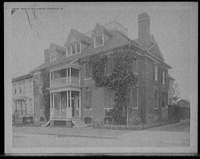 Are you an official in the Annapolis government or quasi-government agency such as the chamber of commerce, visitors bureau or economic development council? If so, visit our information page for government officials to see how CityTownInfo can support you.