Adams, Massachusetts, in Berkshire county, is 32 miles E of Albany, New York and 106 miles W of Boston, Massachusetts. The town is considered part of the Pittsfield metropolitan area.

The township of East Hoosac was bought by Nathan Jones at an auction in 1762. In 1778, Adams was formally incorporated and named in honor of patriot and publicist of the Revolution, Samuel Adams. The area was originally inhabited by a group of Quakers who came to the area in 1737. Cotton mills once played a pivotal role in the town's economic growth. The opening of the Hoosac Tunnel in 1875 propelled the establishment of a number of mills.

Adams and nearby Attractions

Things To Do In Adams

Soldiers Memorial Field or the Bennington Battle Monument is an important historic site near Adams. Berkshire Museum in Adams has fine displays of art and sculpture from different parts of the world. The Bennington Museum throws light on enthralling facts regarding the local history of the place. Some of the important festivals of Adams are Adams Fair, Jacob's Pillow Dance Festival, Berkshire Theater Festival, Williamstown Theater Festival and the Mahaiwe Performing Arts Festival. Other nearby attractions include Berkshire Botanical Garden and Holyoke Merry-Go-Round. 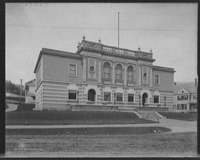 Are you an official in the Adams government or quasi-government agency such as the chamber of commerce, visitors bureau or economic development council? If so, visit our information page for government officials to see how CityTownInfo can support you.